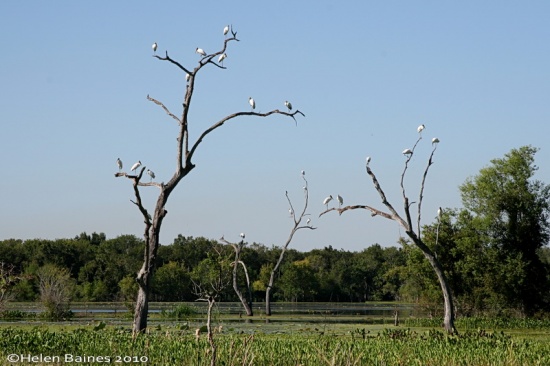 Photo by HelenB
Wood Storks roosting on the north side of Elm Lake, September 2010

Brazos Bend State Park is located about 28 miles southwest of Houston, in Fort Bend County, Texas. It is about 5000 acres in size and has a variety of habitats, such as lakes, swamp, woodland and prairie, almost all accessible by a great trail system. Its eastern boundary lies along the Brazos River.

This birding hotspot is site no. UTC 117 on the Great Texas Coastal Birding Trail. 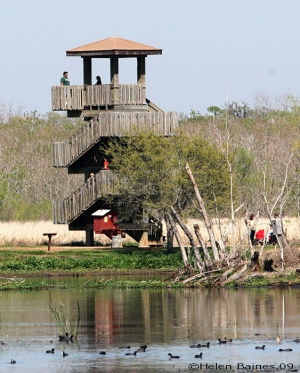 Photo by HelenB
40-Acre Lake, looking south-west from the Observation Tower. Photo taken October 24th, 2008, six weeks after Hurricane Ike did quite a lot of damage in the Park. Click on photo to see a larger image 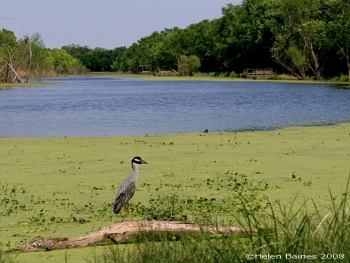 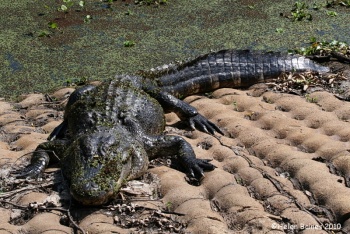 Directions: The Park is about 1 hour drive from the center of Houston. Take the I-69 Freeway south and exit at Crabb River Road, follow the brown signs south, onto FM 762. The park entrance will be on the left. Directions map 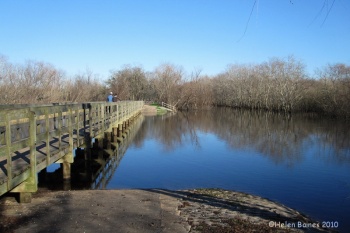 Photo by HelenB
Spillway Bridge on the Spillway Trail between 40-Acre Lake and Elm Lake, February 2010