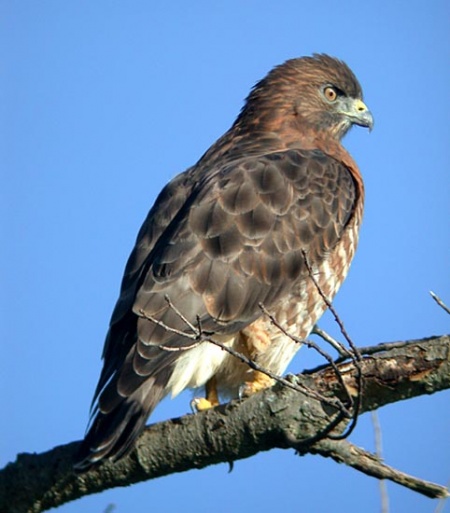 There is a rare dark phase morph. 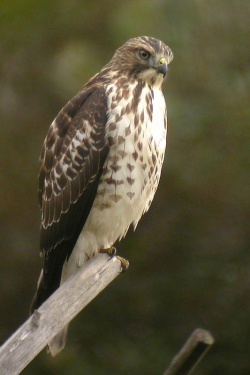 Breeds in North America and the Caribbean, winters from southern USA to South America.

In summer, the North American range includes from Southern Canada extending west almost to British Columbia to Florida and Texas.

Migrates in large groups called "kettles" from Northern South America to the Eastern United States. Is often observed in large numbers during migration at "hawk watches" throughout the Eastern U.S and Canada. 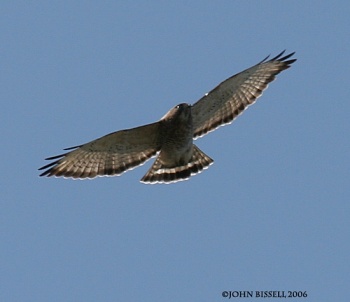 Most often hunts from perches taking various types of prey.

They are solitary breeders and construct and untidy stick nest in the crotch of a pine or deciduous tree.

The voice is a characteristic whistle.

Search for photos of Broad-winged Hawk in the gallery

Search for videos of Broad-winged Hawk on BirdForum TV