Broome is located on Roebuck Bay in Western Australia's north-west. The weather is tropical, and only two seasons are recognised - The Wet (November to April) when it is hot and humid and often rainy (the "Build Up" - a brief period of opressively high temperatures and humidity during November, before the first rains, could be considered a third season), and The Dry, when it is warm and dry. In September hundreds of thousands of migratory waders end their journeys from Siberia here, to feast on the smorgasboard offered by the most macrobenthically diverse mudflats in the world. Most of these waders leave in March and April, but the young stay in the bay for a few years before commencing their migration to breeding grounds in Asia.

There are various habitats around Broome: tidal mudflats, rocky shorelines, mangroves, grass plains and inland lakes. Because of this, over 300 species can be seen in the area. Due to its position, many vagrant birds also blow in.

Roebuck Bay is a major staging point for waders before they begin their northward migration to breeding grounds in Asia (mainly Siberia). Thousands of waders stay all year round.

A tour of Roebuck Plains is one of your best bets to see the rare Yellow Chat.

Due to its location, Broome is renowned for its vagrants. Famous vagrants include the Grey Wagtail, Chinese Pond Heron, Black-backed Wagtail, Blue and White Flycatcher and Rosy Starling. In April 2009 both Eurasian Curlew and Franklin's Gull were observed multiple times on Roebuck Plains. 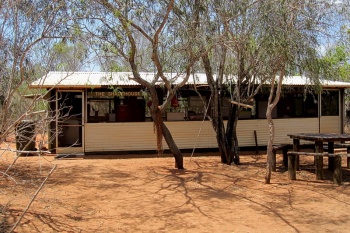 Saltwater Crocodiles have been spotted in the Broome area. Mostly around the northern beaches. Take care when swimming and fishing. 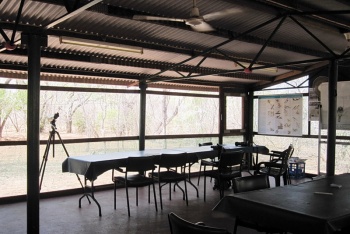 Broome is known as the "Gateway To The Kimberley".

It was originally a pearling town, and still is, although technology has improved greatly and pearls are usually cultured nowadays. Many Japanese and Chinese immigrants moved here to work on the old pearling luggers.

Broome's population booms in the dry season (with most caravan parks overflowing), due to the magnificent weather. 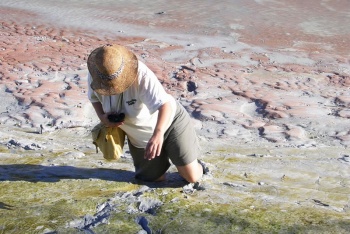 Photo © by Ricki Coughlan
Never visit the mangroves alone. The mud can get VERY deep and the tides move fast

Broome Bird Observatory can provide a mud-map of wader viewing sites along the northern edge of Roebuck Bay. 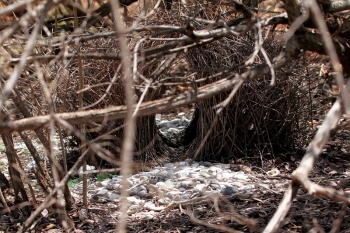 Great wader viewing out back of mangroves.

SAFETY - NEVER visit mangroves/tidal mud flats alone. The mud can get VERY deep and the tides move fast. There is a risk of drowning if you become stuck in the mud during an incoming tide. Walk as fast as you can over patches of deep mud - this reduces the time you have to sink. 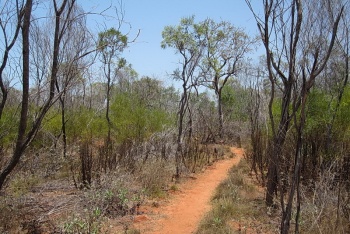 Rosy Starling was seen at Lake Eda in late 2004 - first record for Australia.

The best place for birdwatchers to stay in Broome is at the Broome Bird Observatory, located on the northern shore of the bay, about 25km out of the town, to the east. If you are bringing your own car you will want a 4WD. The road into the Observatory is sandy and quickly becomes badly corrugated. In the wet season it becomes a muddy river.

The Observatory offers a self-contained chalet, donga bedrooms and unpowered camp sites. The camp kitchen or "Shadehouse" is the meeting place for people staying at the Observatory and a great place to eat your meals while watching various birds and Agile Wallabies at the bird baths just outside. Every night there is a "bird call" where all observations for the day are compiled - you're not obliged to participate, but it's fun and a great way to get an idea of what birds are around.

Search for photos of Broome in the gallery