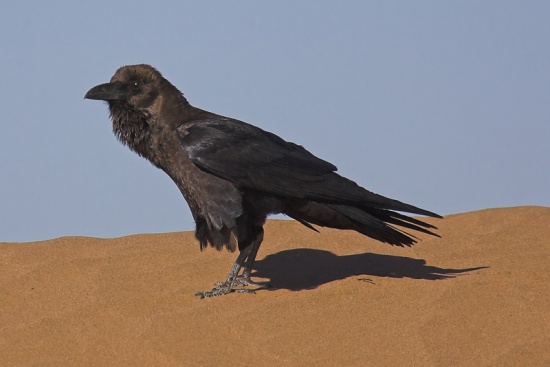 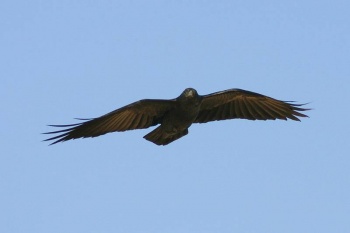 Northern Africa to western Pakistan.
Found from Cape Verde Islands east over much of the Sahara to the Arabian Peninsula and in Israel. Also in Iran, Pakistan, Afghanistan and north to Kazakhstan.
Common and widespread through its range.

This is a monotypic species.
Formerly considered conspecific with Somali Crow.

Breeding season differs through range. It nest in trees or on cliffs; 4-5 eggs are laid and incubated for 20-22 days. The young fledge 37 or 38 days later.

Search for photos of Brown-necked Raven in the BirdForum Gallery

Search for videos of Brown-necked Raven on BirdForum TV