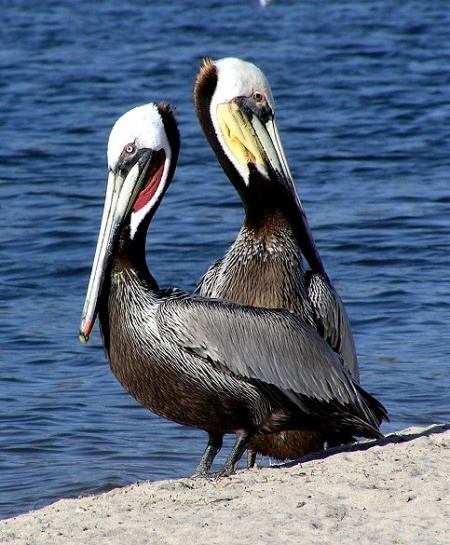 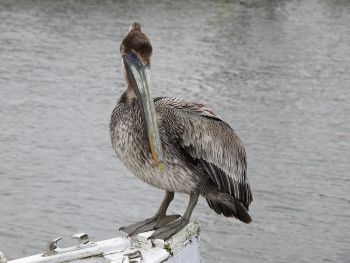 Can be told from the American White Pelican by its brown body and their different feeding habits Brown Pelican never show the contrast of black flight feathers to white wing linings seen from a flying American White Pelican.
Peruvian Pelican is a much larger species where the silvery patch on the upper-wing coverts is separated from the body by a dark area on the inner wing; Peruvian Pelican also has a paler body.

Washington and Virginia south to Peru (and probably northern Chile) and the mouth of the Amazon River. Post-breeding, North American birds move northwards in flocks along the coasts, returning south for the winter.

One of the subspecies is limited to Galapagos and has sometimes been called Galapagos Brown Pelican. 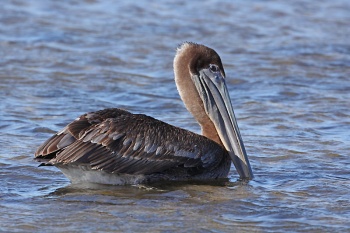 Peruvian Pelican has been split from Brown Pelican. 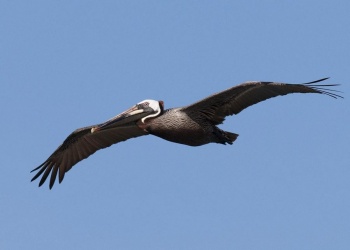 They feed individually, diving for fish.

Search for photos of Brown Pelican in the gallery

Search for videos of Brown Pelican on BirdForum TV