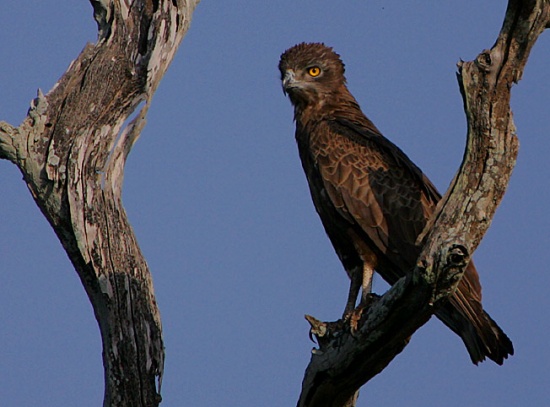 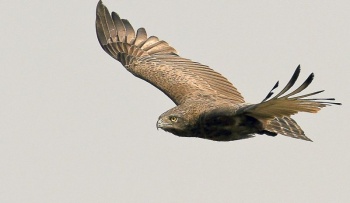 Sub-Saharan Africa. Widespread but patchy distribution breeding from Senegal and Gambia east to Ethiopia and Somalia and south to eastern South Africa. Absent from the closed forest areas of West and Central Africa and from much of the arid south-west. Uncommon to locally common over most of range. 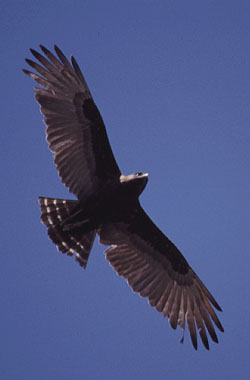 Notice the tight barring on the tail in contrast to (almost) unbarred flight feathers on wings
Photo © by balticbird
Ethiopia, February 1997

It builds a nest of sticks and leaves, placed on top of trees. The single large, round, white egg is incubated by the female for 45 days.

Search for photos of Brown Snake Eagle in the gallery