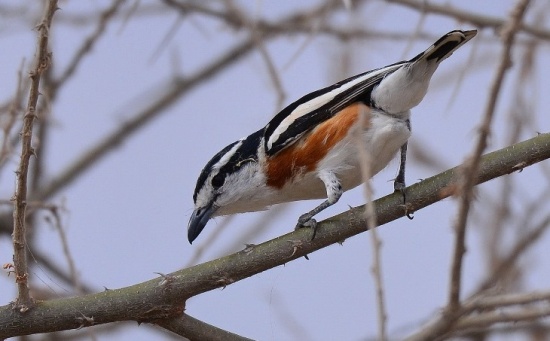 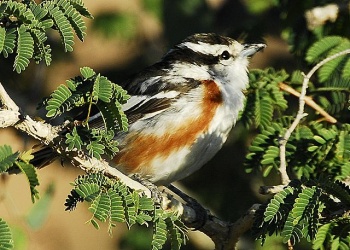 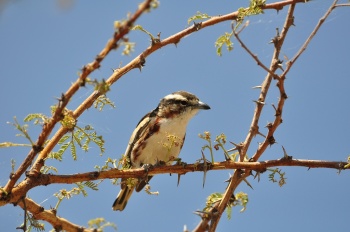 The mantle and central back is black in some subspecies. The shoulder stripe varies from white to buff. The underside is white, to pale yellowish in some areas. The flank stripe is chestnut in some areas, white in others. 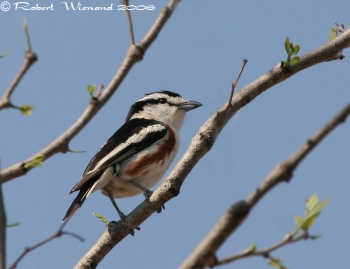 Nilaus is a monospecific genus. Its relationships are unclear, and in the past it has been variously treated in Laniidae, Prionopidae, Muscicapidae and Platysteiridae, before finding its current placement in Malaconotidae[1].

An extra subspecies N. l. hilgerti in eastern Ethiopia[3] is treated as a synonym of N. l. minor by other authorities[4].

The diet consists of insects, including caterpillars, moths, beetles, ants, flies and grasshoppers.

They build a well camouflaged cup nest using twigs, grass and spider webs, decorated with lichens. The two whitish, greenish or greyish eggs have grey or brown blotches. They are incubated by both sexes for about 19 days; the young fledge in 22 days and are dependent on their parents for about eight weeks.

Brubrus are known to destroy their own nests when disturbed.

Search for photos of Brubru in the gallery