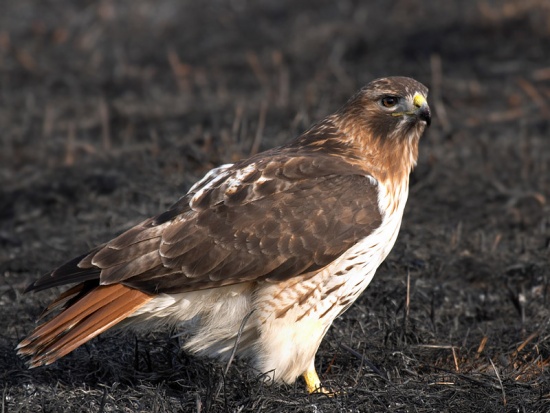 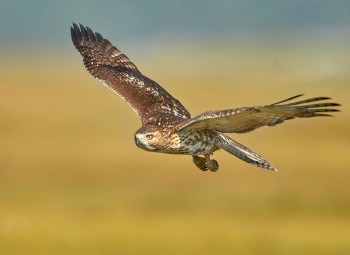 This species is quite variable in colour, especially in the western U.S., where blackish individuals occur; these often retain a rusty or reddish tail. One of the most diagnostic field marks is the "cumberbund"; an area on the middle breast that is usually streaked darker than the rest of the underbody.
Immature: Duller, more streaked, and light brown tail with some dark barring.

Krider's Hawk (subspecies krideri) is a pink-tailed type from the great plains. 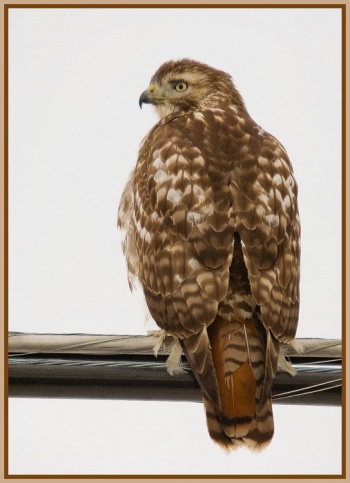 Year-round over most of the U.S. and Mexico; summers northward throughout the Canadian Provinces and inland Alaska.

Two additional subspecies: suttoni, and lucasanus are not recognised by all authorities[2].

Harlan's Hawk (subspecies harlani) has in the past been considered a separate species, and proposals have been put forward to adopt that treatment again. 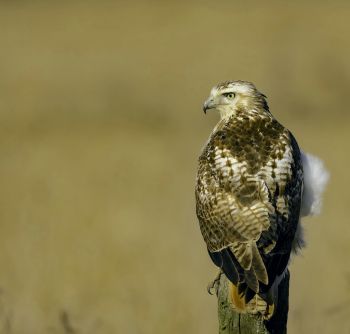 The most common hawk on the North America continent, B. Jamaicensis frequents woodland edges, soars above plains, and is often seen perched on utility poles where natural perches are not available.

Often "still hunts" or "kites" by hanging motionless in mid-air. 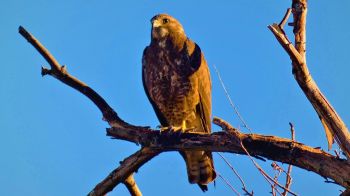 Common call is a 2–3 second hoarse scream that rises gradually then descends near the end. 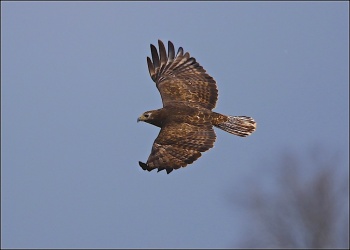 Variable: sedentary from southern USA to south edge of range in Central America and Caribbean; migratory in Northern part of range. 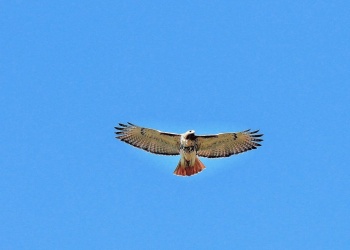 Common and plentiful, some decline due to habitat loss, although it adapts relatively easily to new environments, even urban. Many are still shot illegally for amusement.