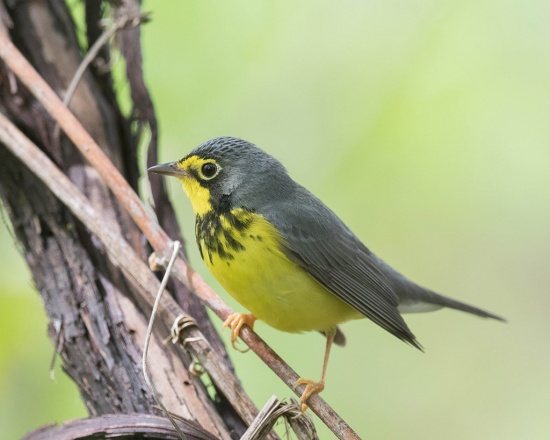 Winters in South America from northern Colombia and Venezuela south to Peru and Brazil.

Rare to casual vagrant to the western United States.

This is a monotypic species[1].
Formerly placed in genus Wilsonia.

The diet consists mostly of insects gleaned from foliage.

The female builds the nest which is placed on or just above the ground among thick vegetation. The female incubates the eggs for about 12 days. Both parents feed the young for about 10 days until they fledge.

Search for photos of Canada Warbler in the BirdForum Gallery