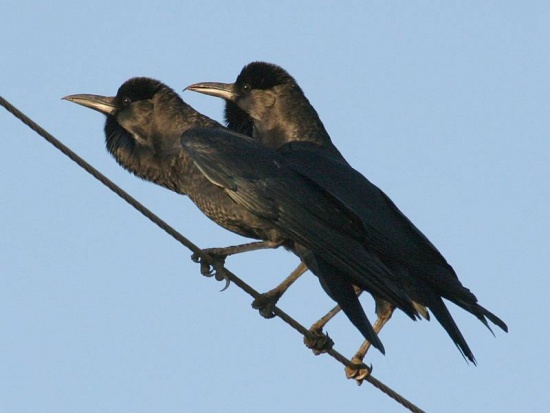 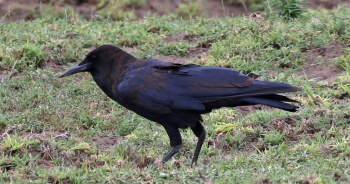 The two subspecies differ mainly in size (kordofanensis being smaller).

Differs from Ethiopian Raven by slender bill and flat forecrown.

This is a polytypic species, consisting of two subspecies[1]:

Breeding season varies with local rains. The nest is placed near the top of a tree. The 3-4 eggs are incubated for 18-19 days; the young fledge at around 38 days. The nest is sometimes parasitized by Great Spotted Cuckoo.
Mostly resident.

Search for photos of Cape Crow in the gallery