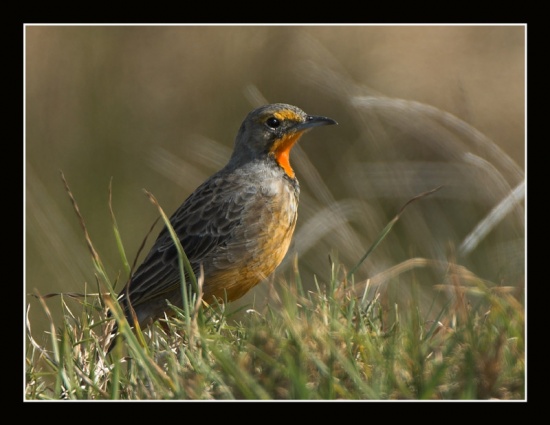 Length 19-20 cm (7½-8"), mass 46 g.
Male: The crown and nape are mottled light and dark brown and the ear coverts and sides of the neck are paler. The eyebrow is orange. Upperparts are light brown, streaked darker. The throat is bright orange, separated from the bright yellow underparts by a bold black collar. The tail is brown and white, the white being conspicuous in flight.
Female: Similar to the male, but the throat is paler and the collar narrower.
Juvenile: Buffy to dull orange-yellow below, with a band of spots forming an inconspicuous collar. 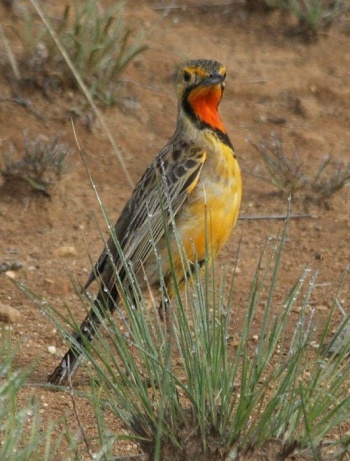 This is a polytypic species. Three subspecies are recognized[1].

September to March, mostly November to February, in Zimbabwe, and from September in Mozambique; in South Africa, August to April (mainly November to January).

Song, in flight, a series of clear, piping, far-carrying “dweet” or “deweet. The alarm call is a loud cat-like "meew".

Search for photos of Cape Longclaw in the gallery