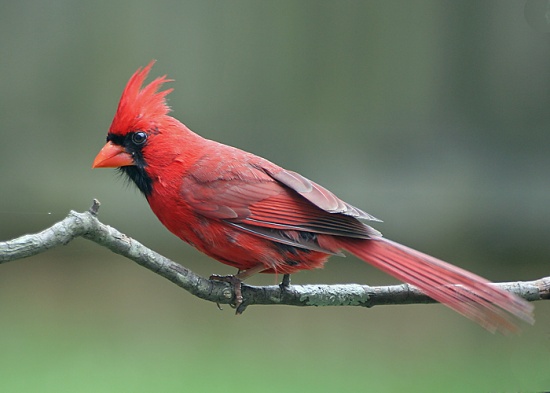 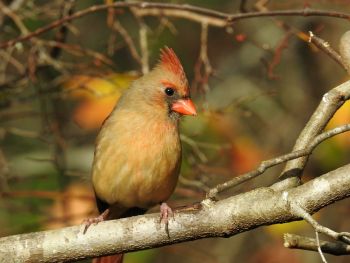 Juvenile
Similar to female but bill is dark instead of red.

United States and Mexico. Introduced populations are found in Hawaii and Bermuda. 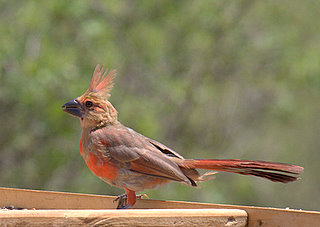 Formerly placed in the genus Richmondena 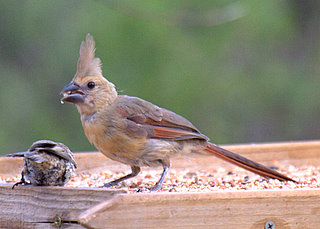 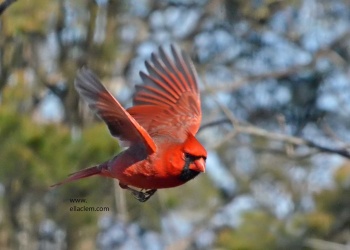 Winter flocks can be very large, up to 60 or 70 individuals in areas of abundance.

Their diet consists mostly of fruit and berries, buds, seeds and flowers, insects being included during the summer.

Male courts female by singing, chasing, and fluttering of wings. Once paired the male feeds the female. May mate for life.
The shallow cup-shaped nest is constructed mainly by the female from twigs, bark, grass and leaves. The clutch consists of 3-4 eggs which are incubated for 12-13 days. The young fledge at about 10 days. The youngsters are generally looked after by the male.

There may be a second brood.

Song: a clear whistling song. Females will sing along with the male.
It appears there may be varying accents in different localities.

Search for photos of Northern Cardinal in the gallery

Search for videos of Northern Cardinal on BirdForum TV