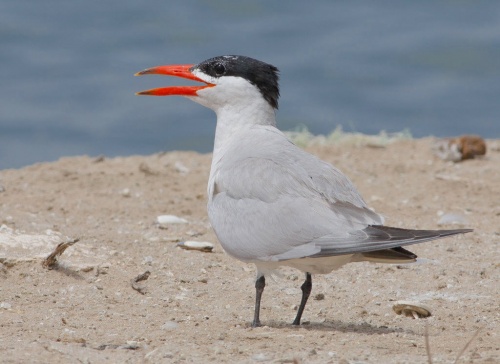 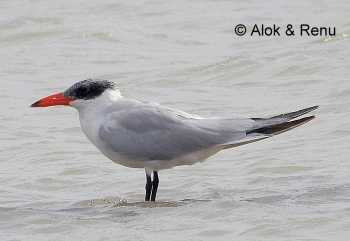 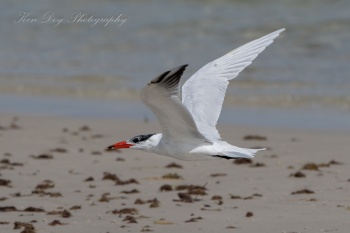 Widespread but patchy breeding distribution in temperate and subtropical regions of Europe (north to 66°N in the Baltic Sea), Asia, Africa, North America (north to 62°N in the Great Slave Lake in Northwest Territories), Australia and New Zealand.

There are records most years for the British Isles. 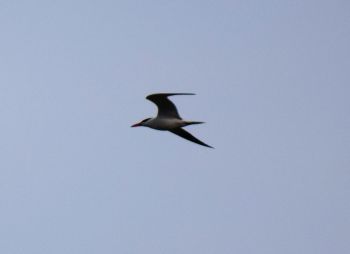 This is a monotypic species[1], in spite of its near-cosmopolitan range. Some authorities formerly recognised two or three subspecies, with nominate H. c. caspia in the Old World, H. c. imperator in the New World, and H. c. strenua in Australasia.

It was in the past (and is still by some authorities) included in the genus Sterna.

They are ground nesters, colonially and singly; 1-3 pale blue green eggs, heavily spotted brown, are laid in a bare scrape.

The call is a loud croak.

Search for photos of Caspian Tern in the gallery

Search for videos of Caspian Tern on BirdForum TV