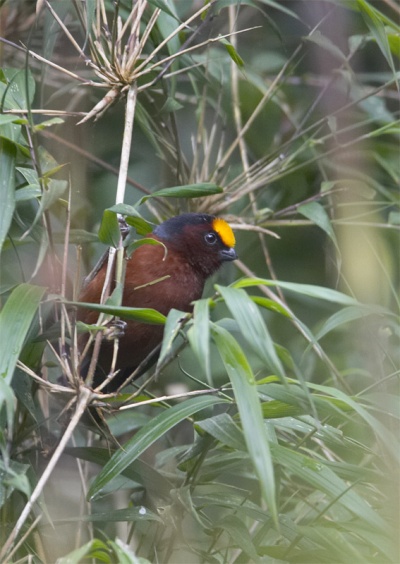 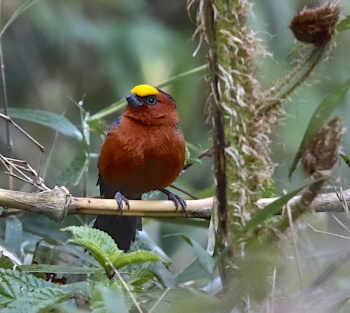 Found in the Andes of South America from Venezuela and Colombia south to Ecuador, Peru, Bolivia and northwest Argentina.
Uncommon to locally fairly common.

In spite of the name, it is a member of the Tanager family (Thraupidae).

Wet montane forest, second growth and elfin forest at or near tree-line. Mainly around Chusquea bamboo.
Occurs from 1800 to 3500m.

Feeds mostly on small insects and other arthropods. Takes probably some plant material.
A quite and inconspicuous species. Usually seen singly or in small groups, sometimes joining mixed-species flocks.

Forages mainly in lower half of forest, primarly in dense bamboo.

Various breeding reports suggest breeding mainly in the west season. No other information on breeding.

Search for photos of Plushcap in the gallery