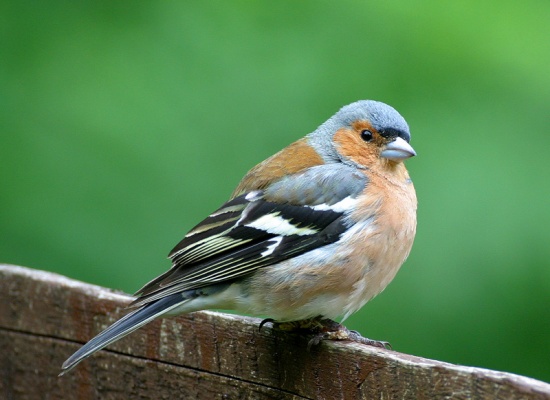 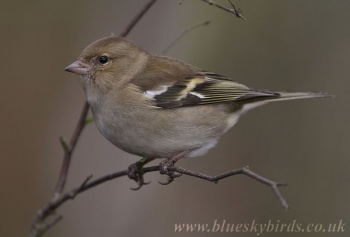 Drabber and greener, but still obvious.

As female, but with wingbars even duller yellow-buff. 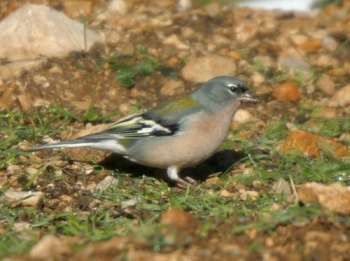 Brambling is often found together with Chaffinches in winter; it differs in an orange (not pink) breast and wingbars, whiter belly, dark spots on the flanks, white rump, and lacking the white sides to the tail.

Widespread and very familiar throughout Europe. It is the most common finch in most of western and northern Europe. Its range extends into western Asia, north-western Africa, the Canary Islands and Madeira.

Summer visitor in northern and eastern Europe, found all year in the rest of Europe.

Introduced in New Zealand and the Cape Town area of South Africa. 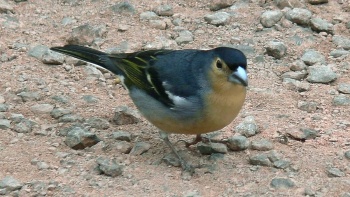 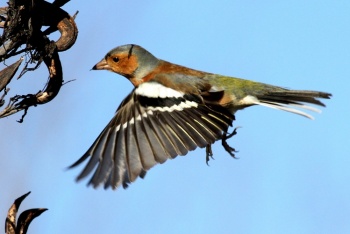 There are 16 subspecies[2] which can be grouped into three main groups: European (including southwest Asia), north African, and the forms on the Atlantic islands. Some authors have suggested some of these subspecies may deserve status as full species, but this is not supported by genetic data[3]. 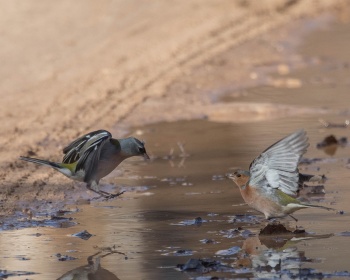 It builds a neat cup of grass lichen or moss. The clutch consists of 4-5 light blue eggs, with purply-brown spots. Incubation takes 12-13 days with a further 13-16 days to fledging. There is 1 brood in the season which lasts from April to the end of June.

The diet includes insects in breeding season and mainly seeds at other times.

Search for photos of Common Chaffinch in the gallery

Search for videos of Common Chaffinch on BirdForum TV