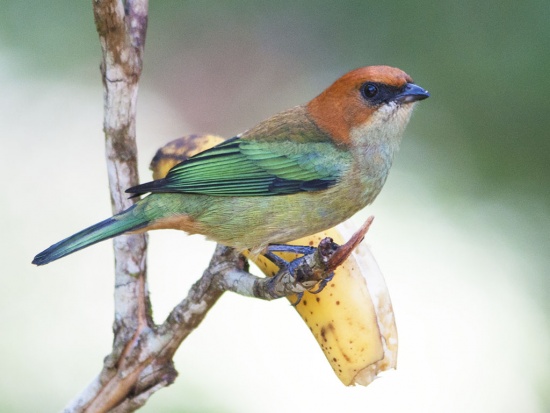 14 cm
Male: sides of head and crown golden-rufous, mantle more coppery-rufous, back and rump yellowish, tail and wings black with blue edges, wing coverts described as white or pale buff in different sources. Most of underside is blue-green, with yellowish on central belly and undertail coverts dark buff. In the head, lores are black and continues around the eye, and malar is inconspicuously yellow. 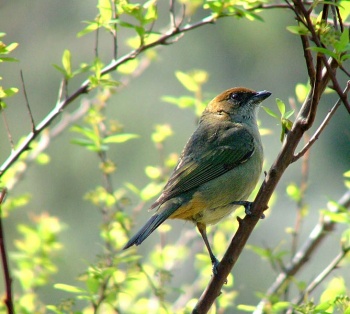 Female: Greenish upperside (including wings and tail) gradually changes to rufous crown, underside is a paler version of upperside but undertail coverts are washed cinnamon.

Notice especially Black-backed Tanager with a virtually identical female but different color on the mantle of the male.

Southernmost populations are believed to move north in winter.

Eats a variety of fruits including domesticated species but also searches for insects in canopy. Readily joins mixed species flocks.

Search for photos of Chestnut-backed Tanager in the gallery