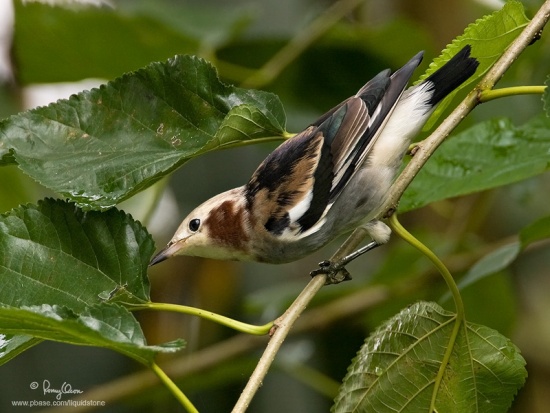 17cm. A small starling with a short tail. 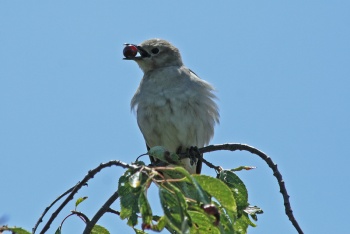 Breeds on south Sakhalin Island (Russia), northern Japan and several small islands in the Sea of Japan (like Askold Island, off Vladivostok). Winters on Ryukyu Islands (Japan), the Philippines and northern Borneo.
Fairly common in Japan, uncommon in other parts.

This is a monotypic species.
May form a superspecies with Daurian Starling.
It has been placed in the genus Sturnia and in Sturnus.

During breeding season in open mixed deciduous woodland, parks, villages and agricultural land, mainly in lowlands.
In winter in open country and cities.

Feeds on insects and fruit.
Seen in pairs or small groups in summer, in larger flocks in winter.
Breeding season from May to July. A monogamous species. The nest is placed in a tree hole or a hole in a building or in a nestbox. Lays 5 eggs.

Search for photos of Chestnut-cheeked Starling in the gallery