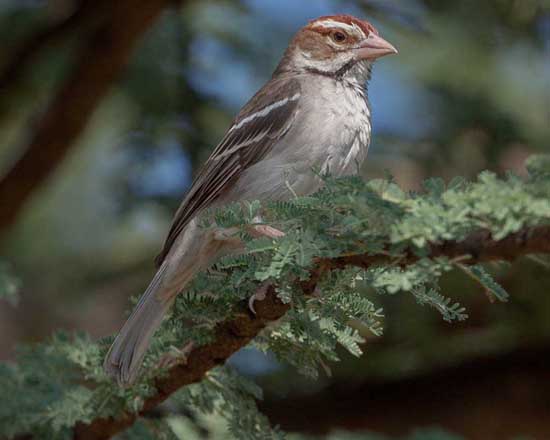 Similar to the White-browed Sparrow-Weaver, but has a chestnut crown and ear-coverts, a narrower white eyebrow, brown rump and different head-pattern.

Africa: Occurs in a band across the northern part of the continent between 8°N and 15°N from Senegambia in the west to north-western Kenya and eastern Ethiopia in the east. 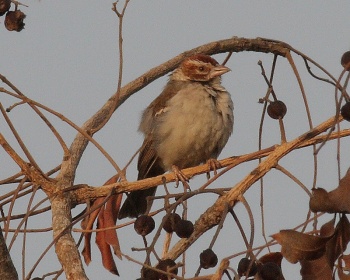 Some authorities treat this as a monotypic species while others1 recognize two subspecies, superciliosus and brunnescens2.

These are ground feeding birds which occur in small groups. They are quiet and unobtrusive (in sharp contrast to some of the other Plocepassers).

Search for photos of Chestnut-crowned Sparrow-Weaver in the gallery