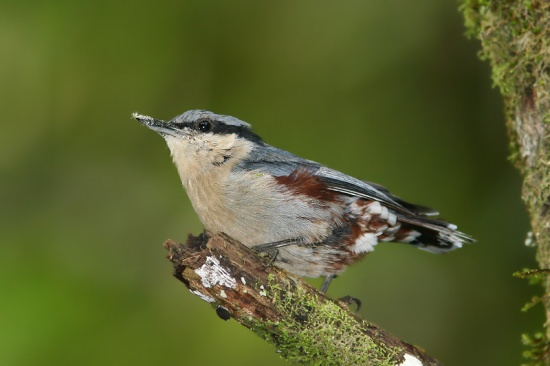 Distinguished from White-tailed Nuthatch by lack of white in central tail feathers and much paler underparts.

Two additional subspecies montium and nebulosa are not generally recognised[2].

No information on diet. Feeds probably on small arthropods and some seeds.
Usually seen singly, in pairs or outside the breeding season in small groups or mixed-species flocks.
The nest is placed in a tree hole, the entrance sometimes reduced with plaster. Lays 2 to 5 eggs.
A resident species. Probably some altitudinal movements.

Search for photos of Chestnut-vented Nuthatch in the gallery

Search for videos of Chestnut-vented Nuthatch on BirdForum TV