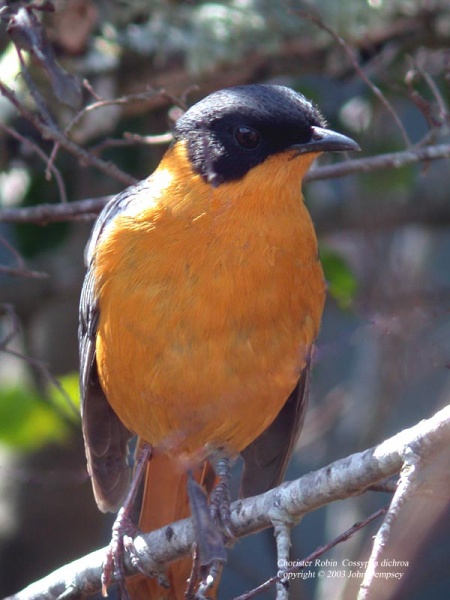 Eastern South Africa and eSwatini. Locally common. Some seasonal movement, especially by those that breed at higher altitudes.

Usually solitary. Inconspicuous if not calling, but can be confiding.

Forages in the canopy and on the ground for insects, other invertebrates and fruit.

Breeds October to January. The nest is a shallow cup of plant material in a cavity, usually in a tree trunk. There are usually three eggs; the nestling is fed by both parents. Sometimes parasitised by the Red-chested Cuckoo.

The song is rich and melodious with trills, whistles and imitations of other birds' calls. Responds to human whistles and spishing.

Search for photos of Chorister Robin-Chat in the gallery