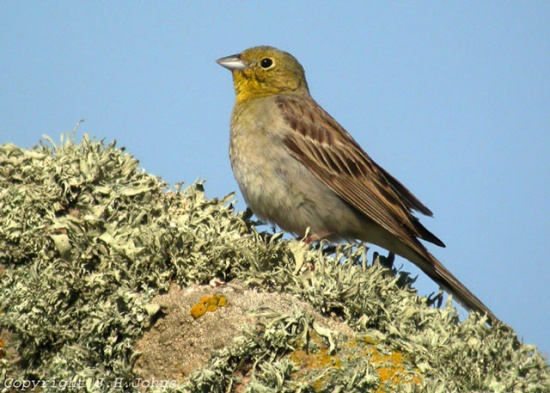 
The males are distinctive thanks to a greeny yellow head much plainer than in other male buntings. The birds in eastern Turkey are of a different race in which the yellow extends down the underparts as far as the undertail. Females and first winter birds are dull and streaky with an obvious white eye-ring so could be confused with Ortolan or Cretzschmar's Buntings. However, they tend to be less prominently streaked, especially below, and the females often have a distinct yellow tinge to the throat. The most important clinching feature, though, is that the bill of a Cinereous Bunting is always dull grey rather than pinkish. 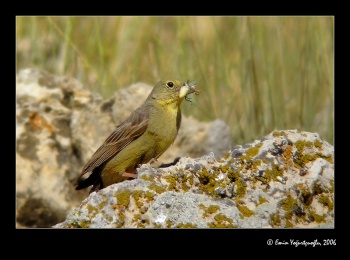 The diet includes seeds and insects.

Search for photos of Cinereous Bunting in the gallery

Search for videos of Cinereous Bunting on BirdForum TV