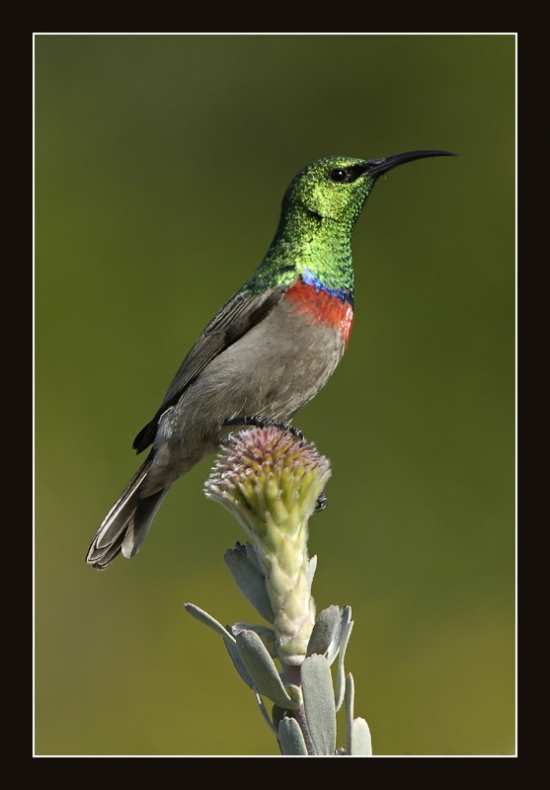 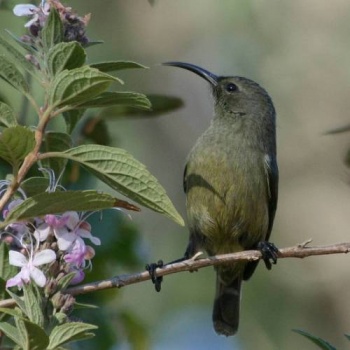 Male is Similar to Greater Double-collared Sunbird but smaller with shorter bill and narrower red breast band.
Female is similar to female Orange-breasted Sunbird but is greyer below and darker than female Dusky Sunbird

This is a polytypic species. There are three subspecies.[1]

This species has been split from what later became the two Miombo Sunbirds with which it forms a superspecies. Most of the Sunbirds (including this one) formerly in the genus Nectarinia have been moved into the genus Cinnyris.

Forages at all levels in canopy. A primary pollinator of the milkweed Microloma sagittatum.

Nest constructed by female, compact, oval or pear shaped, mostly made out of cobwebs and lined with feathers. One to three eggs incubated by female. Young fed by both parent.

Search for photos of Southern Double-collared Sunbird in the gallery

Search for videos of Southern Double-collared Sunbird on BirdForum TV