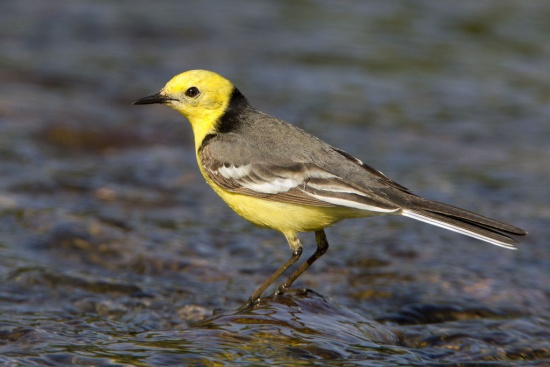 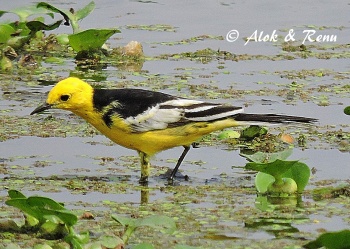 Length 15.5-17 cm (6-6¾ in), weight 18-25 g.
A wagtail with a medium-length tail, and two very noticeable white bars on wing coverts.
Summer male: Lemon-yellow head, black hind collar and blue or slate-grey upperparts. Bright yellow below.
Female and winter male are much duller, with strong yellow only on face and chest, and light yellowish on belly.
Juvenile and first winter are even duller, with little or no yellow tones at all.

Yellow Wagtail, which lacks the grey back. Juveniles can resemble juvenile White Wagtails, but lack the black face and breast markings and usually have stronger white wingbars. 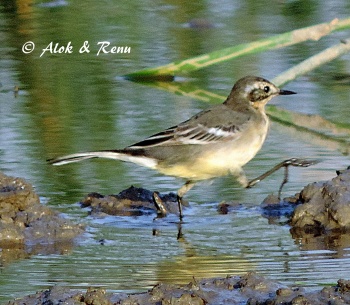 Citrine Wagtail has a breeding distribution from Russia through Siberia, and south to northern Iran, Afghanistan, India, Tibet, China, and Myanmar. In recent decades it has colonised slowly westward, and now breeds in small numbers in Finland, the Baltic States, Belarus, and Poland.

The species is migratory over most of its range, and is a rare but regular guest to western Europe, mainly in early autumn, but also a few spring records; there are also wintering and spring passage records from northwest Africa.

A recent paper by Pavlova et al. (2003)[1] has proposed that Citrine wagtail should be split into two species, an eastern and a western part[2]. The evidence came from DNA analysis and indicated that when an analysis included Yellow Wagtail, the two populations of Citrine wagtail were not each others closest relatives. This split is not at present accepted by many taxonomic authorities but if it were to become accepted, the western species (corresponding to the western portions of the breeding ranges of subspecies M. c. citreola and M. c. werae) would breed west and south of a line from a little east of the west end of Mongolia to the White Sea, while the eastern species (corresponding to the eastern portions of their breeding ranges) would be confined to areas north and east of that line. The authors did not sample from the range of M. c. calcarata. 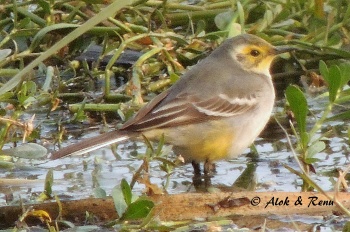 There are two[2] or three[3] subspecies:

Females and immatures are not currently known to be identifiable to subspecies. All three subspecies winter mixed together in southern Asia, from southern Iran through Pakistan and northen India to northern Thailand and southern China. 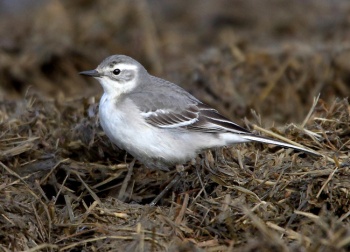 Less inclined to bob the head or wag the tail than other wagtails.

It is a ground nester and 4-5 speckled eggs are laid.

Call often similar to Yellow Wagtail, but can be a bit harsher: 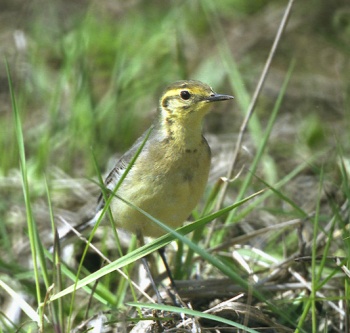 Female
Photo © by Pavlik
The Saratov area, Russia, May 2004

Search for photos of Citrine Wagtail in the BirdForum Gallery

Search for videos of Citrine Wagtail on BirdForum TV