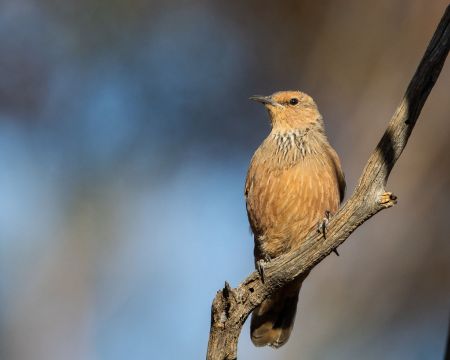 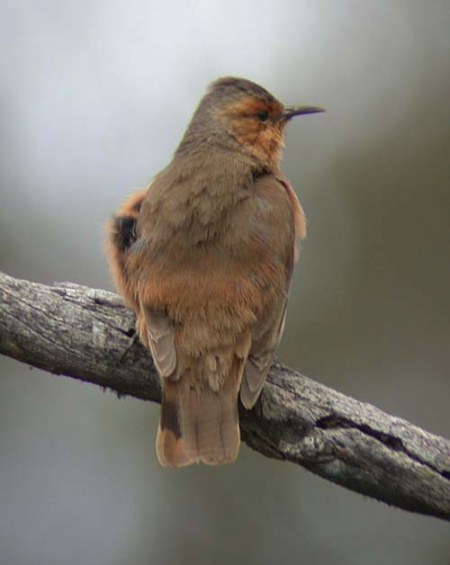 This is a monotypic species.
Forms a superspecies with Brown Treecreeper and Black-tailed Treecreeper.

Eucalypt forest. Jarrah fores and Malle in the southwest of Western Australia and north of the Nullarbor Plain into the Eyre Peninsula of South Australia.

Feeds on insects, mainly ants. Takes occasionally skinks, seeds and nectar.
Forages on tree trunks and branches and among litter and logs on the ground.

Breeding season late August to early January, often two broods per season.
Breeds co-operatively with up to six helpers. The nest is a cup-shaped structure built with bark strips, dry grass and lined with feathers, fur, wool and sometimes rabbit or kangaroo dung. It's placed in a hollow branch, trunk or stump. Lays 1 to 3 eggs.

Search for photos of Rufous Treecreeper in the gallery