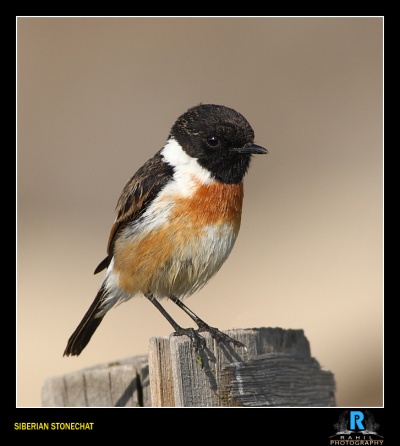 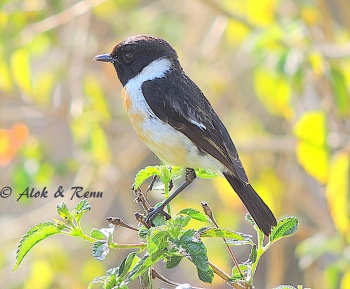 Found in Russia and Siberia, Turkey, the Caucasus, the Himalayas, China, Japan and Korea.
Vagrants recorded in Europe and Alaska.
Common in parts of its range. 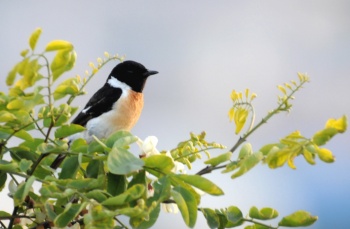 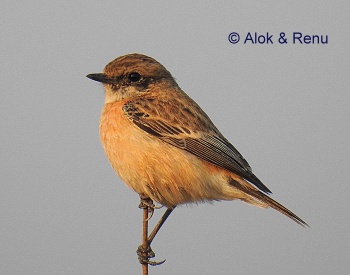 Open rough scrubland and rough grassland with scattered shrubs.
On migration may be found in drier areas.

Most often seen in pairs perched up on a stick or shrub. It flies down onto the ground, returning to the same perch. Often flicks its wings.

Breeding season from end of April to late July, starts later (mid-May) in northern Siberia, April to August in the Himalayas.
The nest is well hidden inside a clump of vegetation and consists of an untidy bowl of grass and rootlets. It is lined neatly with rootlets and animal hairs.

Search for photos of Siberian Stonechat in the BirdForum Gallery

Search for videos of Siberian Stonechat on BirdForum TV