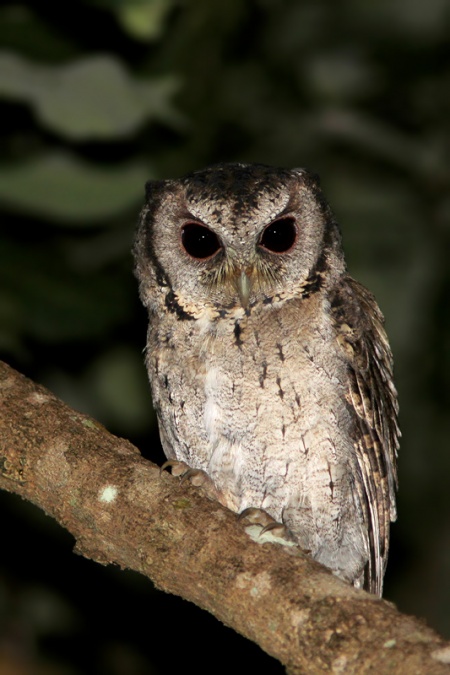 Sexes similar
Both grey and rufous morphs are know; the difference in colour is mostly evident in the underside. 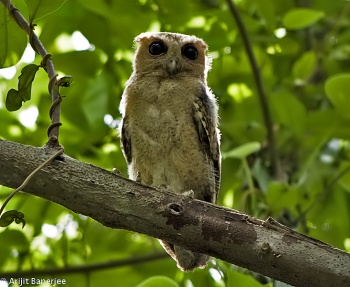 Eastern Himalayas to South-East Asia, eastern China, and Taiwan; ussuriensis is found north to Sakhalin Island. Most if not all of these populations are migrating south of this breeding range in winter, for example down into India and the Malay Peninsula.

This species (Otus lettia) is sometimes considered a subspecies of Otus bakkamoena; the latter species is currently called Indian Scops Owl, but if considered to include Otus lettia, would be converted back the name Collared Scops Owl. Sunda Scops-Owl (Otus lempiji) is another species currently recognized in this superspecies. The species limits in this complex seems a little uncertain: an analysis2 including Indian Scops-Owl, Sunda Scops-Owl and subspecies lettia and ussuriensis of Collared Scops-Owl (and other species) failed to find lettia and ussuriensis as each others closest relatives. The authors speculate that ussuriensis instead might be closely related to Japanese Scops-Owl. Konig3 indeed includes ussuriensis as a subspecies of Japanese Scops-Owl and so do now Clements and Gill and Donsker..

ussuriensis used to be included here but is now provisionally placed within Japanese Scops-Owl.

It nests in a hole in a tree. The clutch consists of 3-5 eggs.

Search for photos of Collared Scops Owl in the BirdForum Gallery

Search for videos of Collared Scops Owl on BirdForum TV