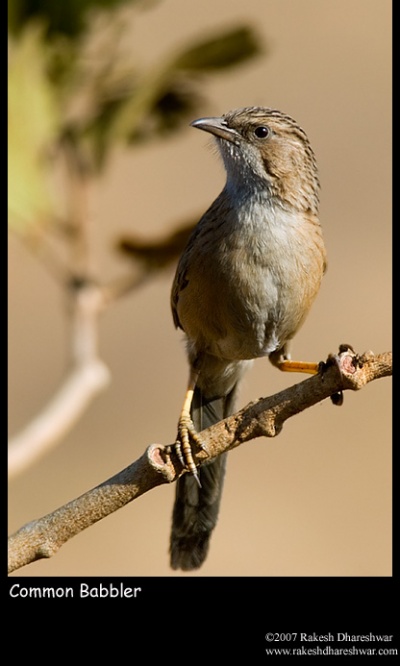 Spiny Babbler in Nepal is darker above and paler below. Striated Babbler in northern India and Pakistan has a dark throat. 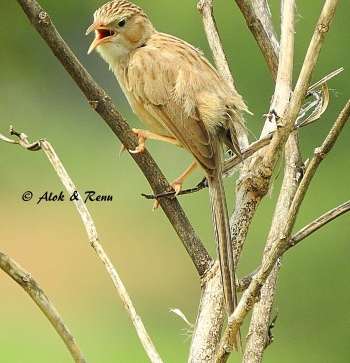 Found in South Asia: From southern Pakistan to India, Nepal and Bangladesh.
Resident.

This species is also sometimes placed in genus Turdoides.

Feeds mainly on insects but takes also grains, berries and nectar. Forages in noisy groups of 6 - 7 birds (called Seven Sisters in India, a name which is also used for Yellow-billed Babbler) but groups can be bigger.

Breeding season all year. May breed several times a year. Co-operative breeder with complex family structures. The nest is a neat, deep cup, made of grasses and placed in a bush or a small tree. Lays 3 - 5 eggs.

Search for photos of Common Babbler in the BirdForum Gallery

Search for videos of Common Babbler on BirdForum TV