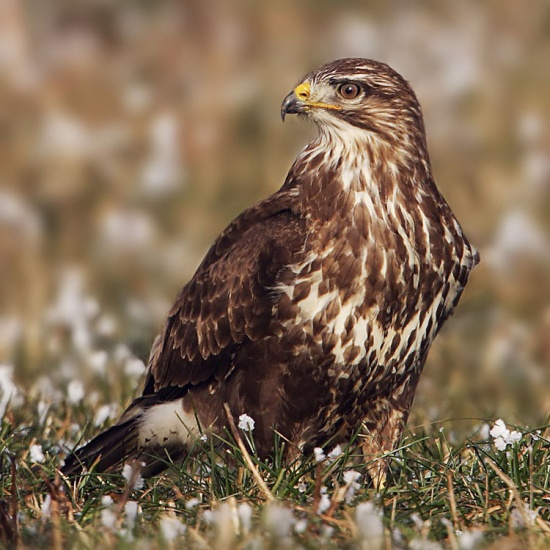 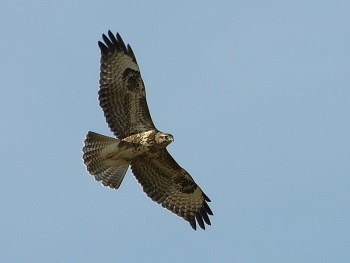 50-56cm (19¾-22 in). Variable plumage from very pale to dark brown.
On sitting birds, the dark wings seems to be a constant, and in all but the palest birds, the breast and belly is separated by a pale breast band. Tarsus and feet are unfeathered and yellow, bill is black with yellow cere.
On underside of adult flying birds, flight feathers are pale, lightly barred and has a very dark terminal band (primaries are darker, so that the entire free fingers are black); tail feathers similar . Juvenile birds differ in having the secondaries darker and lacking the darker terminal band. Coverts vary from generally white to mostly quite dark. On birds with white coverts, the wrist mark is reduced to a comma, while this area is mostly concolorous with the coverts in darker individuals. These darker individuals have a pale band around the middle coverts, contrasting with darker feathers both in front and behind it.
Upperside of the birds vary from quite dark brown with very little contrast to pale birds having whitish base of tail, whitish wing coverts (sometimes with white and dark stripes near the flight feathers), white crown and nape, and on extreme individuals, also white mantle. Pale individuals seems more common in north and east, and also seems to be more common among juveniles.

Flight profile shows a medium size raptor with length of tail less than width at base of wings, tail with square corners and wings with usually five free fingers. Long distance migrants (eastern subspecies such as vulpinus) generally have relatively longer tail (or maybe narrower wings). 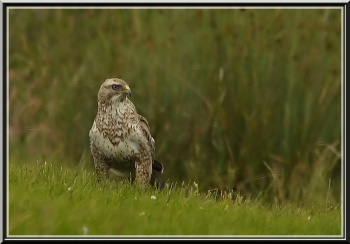 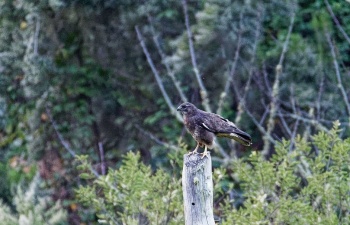 The Common Buzzard has a very wide range, breeding in Europe and Asia and several Atlantic islands.

The species is partly migratory, with some birds wintering as far south as Africa south of the Sahara.

Six subspecies are currently recognized[1]. Often mentioned is the Steppe Buzzard B. b. vulpinus, an eastern European to northern Asian form in which some members are recognizably different from nominate European birds. No major authorities currently recognize this as a full species, even though reports to the opposite effect can be found on the internet. 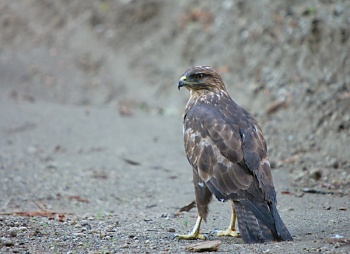 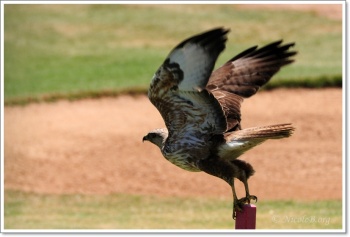 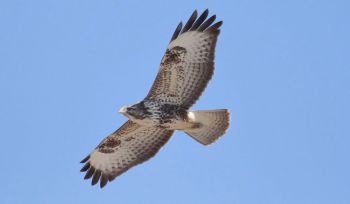 Their nest is built from sticks and foliage, sited high up in a tree or on a cliff edge. The 2-3 eggs are incubated by both sexes for 33-36 days; the young fledge about 43-50 days later.