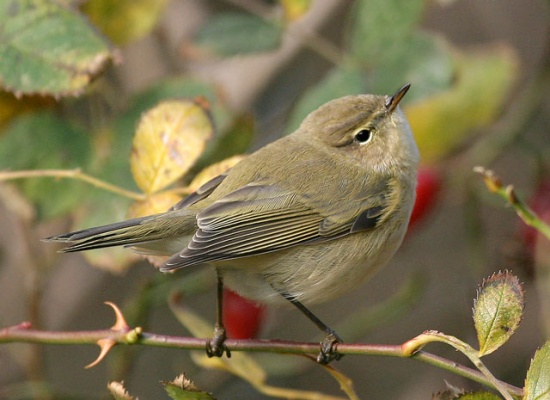 See this discussion thread for differences between Chiffchaff and Willow Warbler.

Breeds thoughout much of Europe and Asia, wintering in south and west Europe, southern Asia and northern Africa. Very patchy distribution in Scotland. 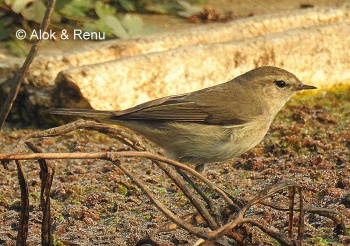 The Canary Islands Chiffchaff and the Iberian Chiffchaff have been considered conspecific with this species. 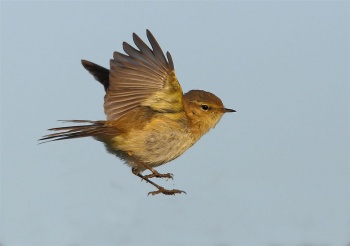 Flicks tail, downwards (this habit is not seen in Willow Warbler).

The female builds a domed nest with a side entrance, made from dead leaves and grass. Two to seven cream eggs with reddish-purple or blackish spots, are laid and incubated by the female for 13–14 days; the female cares for the young for about two weeks until they fledge. 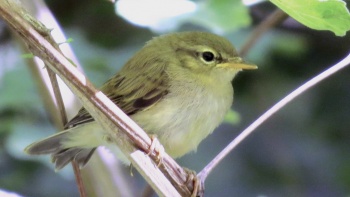 Song: the most reliable way to distinguish from Willow Warbler. It sings its name chiff chaff, chiff chaff, though sometimes mixes up to chiff chiff, chaff, chaff.
Call: a soft wheett

It sounds at first like a tristis but is much too downslurred and not flat enough.
Recording by Andrew Whitehouse
Nigg Bay, Aberdeen, Scotland, November 2016
More information about this recording can be found in this post

Search for photos of Common Chiffchaff in the gallery