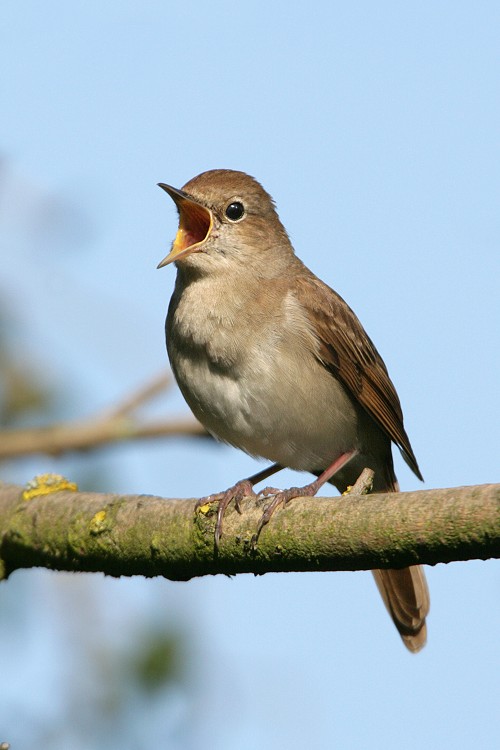 The warm colour and the rusty-red tail are good fieldmarks to distinguish from the similar Thrush Nightingale3. However both species are easily told apart by song.

Breeds in southern England and from Iberia and France east to central Poland, Hungary, the Balkans and Greece, also in the Ukraine, Caucasus and northern Turkey, and parts of the Middle East. Breeds on most larger Mediterranean islands and the coastal strip of North-West Africa. First breeding for Malta was in 1995.
The breeding range extends outside Europe into Iran, Kazakhstan, Mongolia, China and Afghanistan2.
Migratory, leaving breeding areas in late July-early October and passing through the southern half of the Region to winter in sub-Saharan Africa and returning from early April-mid May. 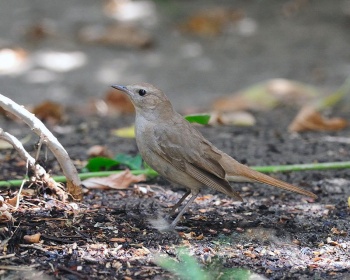 Vagrant to Iceland and Ireland, Norway, Sweden, Finland and Nepal.

Like all species of the genus Luscinia it was formerly placed in the thrush Familiy Turdidae.

The races differ only slightly in colour and size. They are not always separable.

The habitat is varying through the range of this species. In W and N Europe it prefers open woodland with thickets, usually near water. In S Europe also dry maquis, edges of broadleaf forest without water or pinewoods with rich undergrowth are taken.2 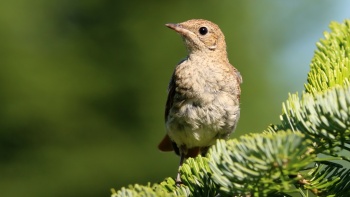 The male sings at night.

Search for photos of Common Nightingale in the gallery