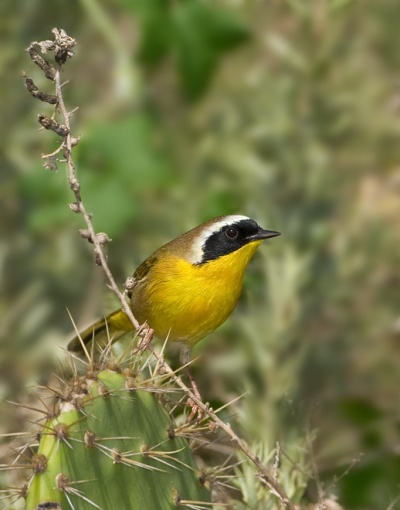 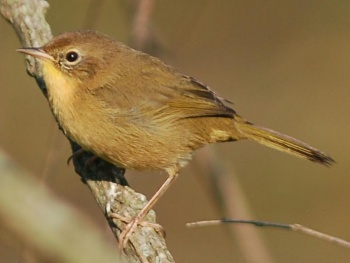 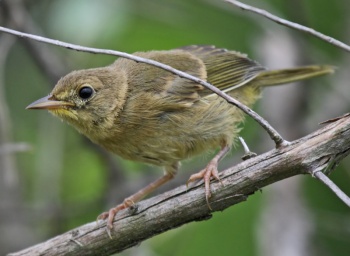 
The bird is the northernmost member of a group of yellowthroat species that occurs as far south as Argentina. 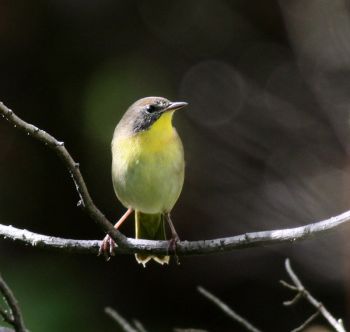 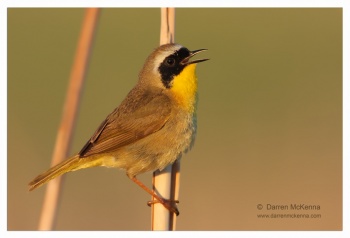 yukonicola is not generally recognised.

Hybridization occurred once with Mourning Warbler. 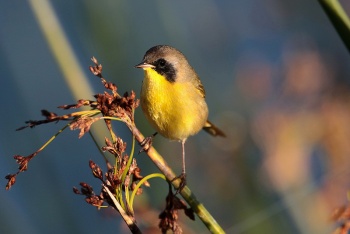 Moist thickets and grassy marshes, almost anywhere where it is damp or with water.

Three to five white eggs, with brown and black spots, in a loose mass of grass, sedge, and bark, lined with rootlets, hair, and fine grass, and concealed on or near the ground in a dense clump of weeds or grass, in a marshy area.

At the height of the breeding season, the males perform an attractive flight display, mounting into the air while uttering a jumble of high-pitched notes, then bouncing back into the grass while giving the usual song. To foil predators, parents drop down into the thick of the grasses or weeds, secretly approach their well-hidden nest, deliver the food, and depart by another route.

Search for photos of Common Yellowthroat in the gallery

Search for photos of Common Yellowthroat in the gallery