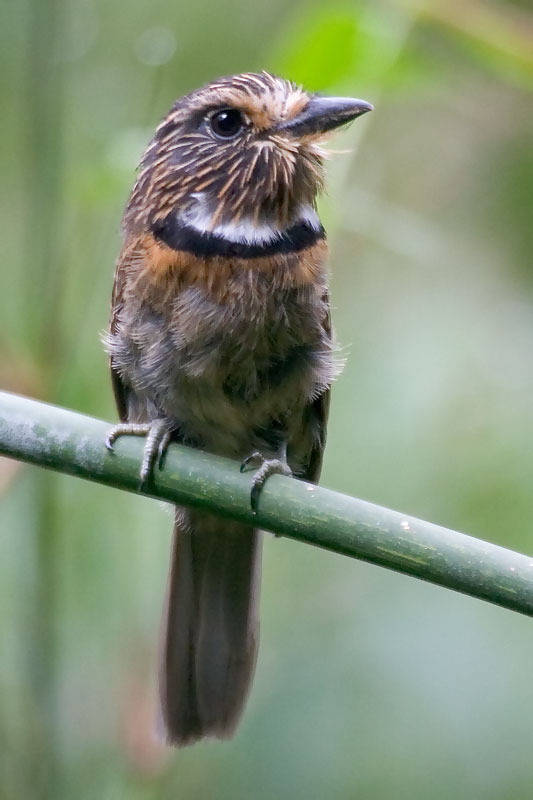 17·5–20 cm (6¾-7¾ in) The white crescent on the chest is bordered below by a black band below which the belly is rufous to buffy with white in the centre.

Their diet probably consists of a variety of invertebrates. They follow army ant swarms.

Search for photos of Crescent-chested Puffbird in the gallery