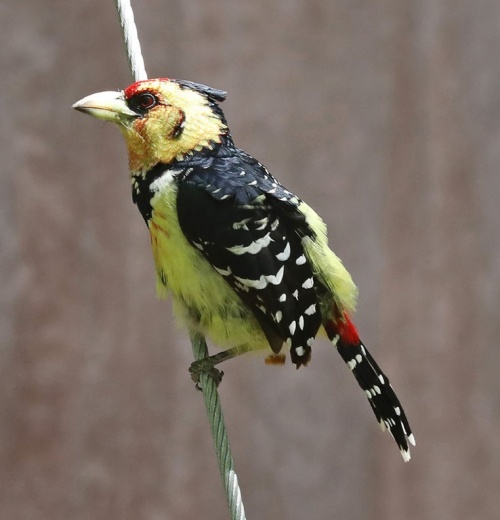 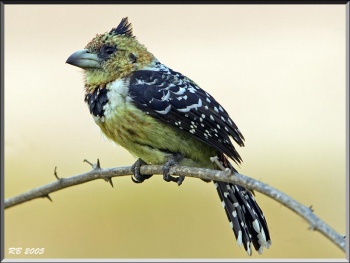 Solitary or in pairs. Calls throughout the year. Usually roosts in its own nest hole (sometimes in disused nests of Greater Striped Swallow and White-browed Sparrow-Weaver).

Often uses feeders nestboxes in gardens. Forages in bushes and trees, and on the ground, for insects, snails, fruit, nectar, and sometimes eggs and nestlings.

Nests in natural cavities and nest boxes, or excavates a nest cavity in a dead branch or tree trunk. Two to five eggs are laid year round (peaking October to February in the south of its range).

Search for photos of Crested Barbet in the gallery