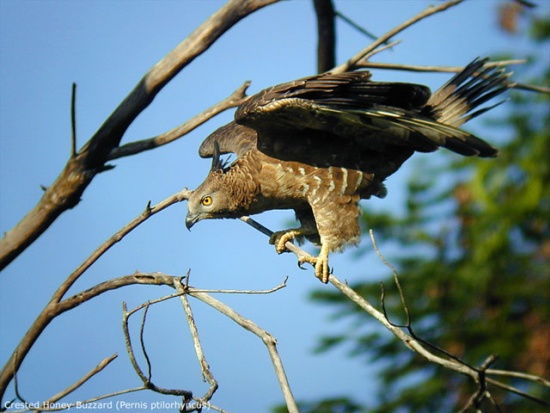 52–68 cm (20½-26¾ in)
The male has a blue-grey head, while the female's head is brown. She is slightly larger and darker than the male. The male has a black tail with a white band, whilst the female resembles female European Honey Buzzard. 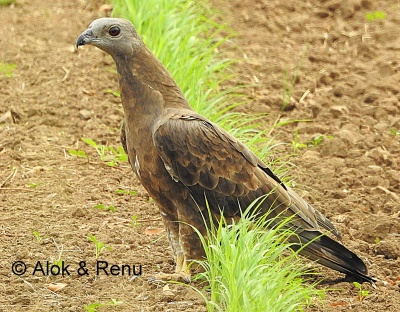 Not easy to distinguish from European Honey Buzzard, which overlap in the Middle East[1].

Siberia east to Japan and south to Indonesia and The Philippines. Northern populations are migratory

Considered conspecific with European Honey Buzzard by some authors. 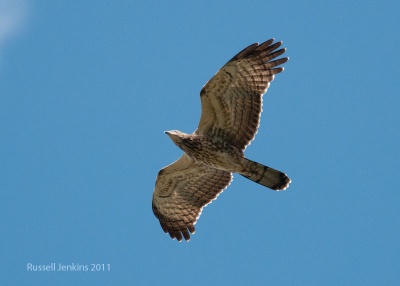 A variety of woodland, with a preference for broadleafed trees.

It is a specialist feeder, living mainly on the larvae and nests of wasps, although it will take other small prey.

Search for photos of Oriental Honey Buzzard in the BirdForum Gallery

Search for videos of Oriental Honey Buzzard on BirdForum TV