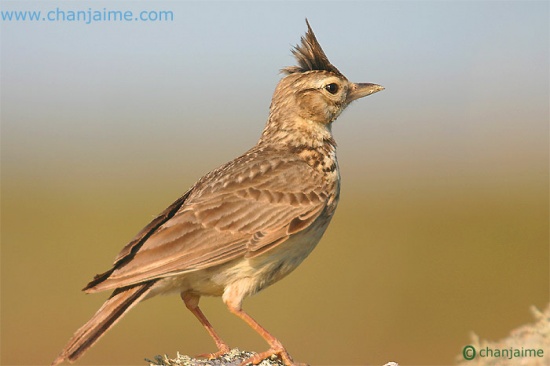 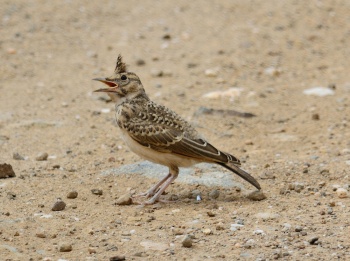 Eurasian Skylark and in Iberia and Africa Thekla Lark

Europe and Asia from Portugal to northeast China and eastern India; Africa to Niger.

Rare vagrant to the British Isles. 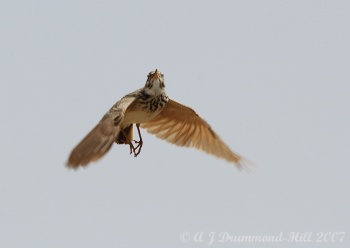 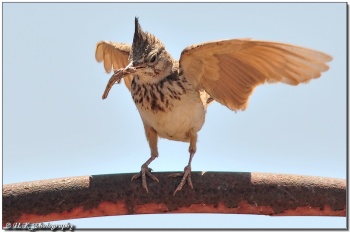 Rather 'heavy' and flapping action with marked undulations.

It is a ground nester. The clutch consists of 2-3 eggs.

Recording by Alok Tewari
Dist. Gurgaon, Haryana, India, Feb-2013
Long call containing a variety of notes given by an individual perched on an excavated-earth mound.

Search for photos of Crested Lark in the gallery