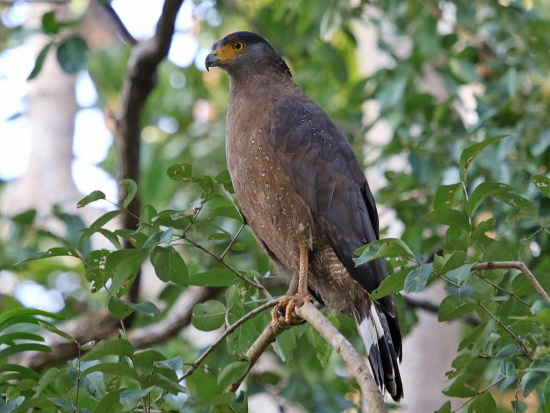 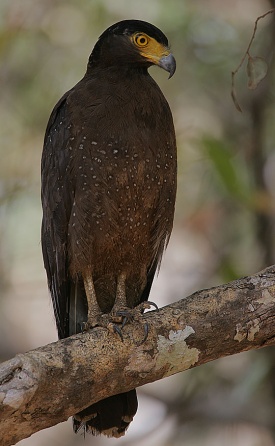 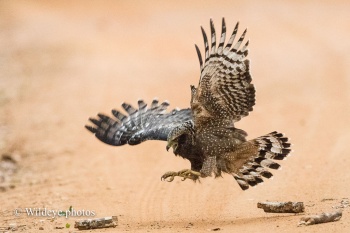 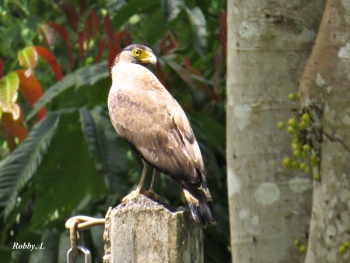 There are 21 subspecies currently recognised, some of which may be deserving of full species status[1]:

Forest and forest edge, riverine woodland, farmland and sometimes near villages. Occurs up to 3,000m in the Himalayas.

They specialise in reptiles, hunting over woodland for tree snakes and lizards.

They will, occasionally, take mammals, crabs, eels and birds.

They are very vocal, especially in breeding display flights.

Search for photos of Crested Serpent Eagle in the gallery

Search for photos of Crested Serpent Eagle in the gallery