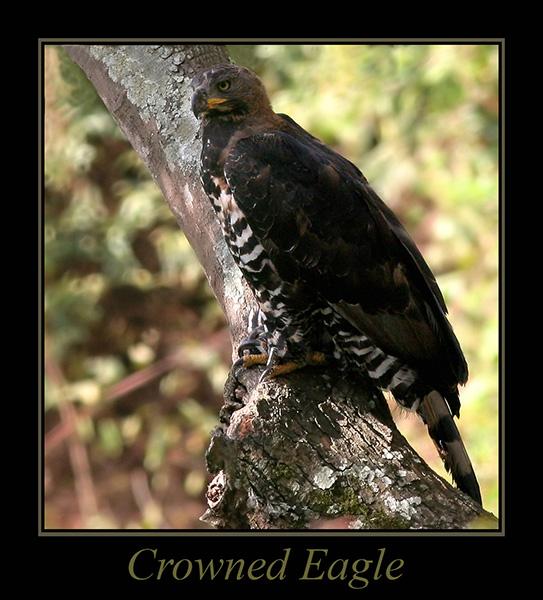 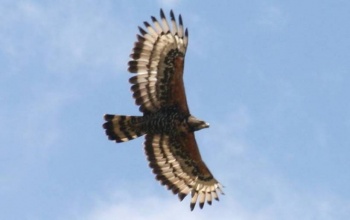 The Martial Eagle has wings that extend to the end of the tail, whereas those of the Crowned Hawk Eagle reach only about half-way down the long tail when perched.

Its diet consists primarily of mammals and it is adept at taking monkeys and small antelopes. In drier forest preferred prey are hyraxes and viverrids but takes also pangolines, porcupines, squirrels, birds or large lizards. Small livestock and carrion is taken rarely.
A very powerful eagle, dropping onto prey from a perch or stooping from soaring flight.

Breeding season differs through range. A regular aerial display with loud calling is performed high above its territory. The nest is a massive structure of sticks placed in the main fork of a large tree and often used over many years. Lays 2 eggs but the elder chick always kills its younger sibling a few days after hatching.

Search for photos of Crowned Eagle in the gallery