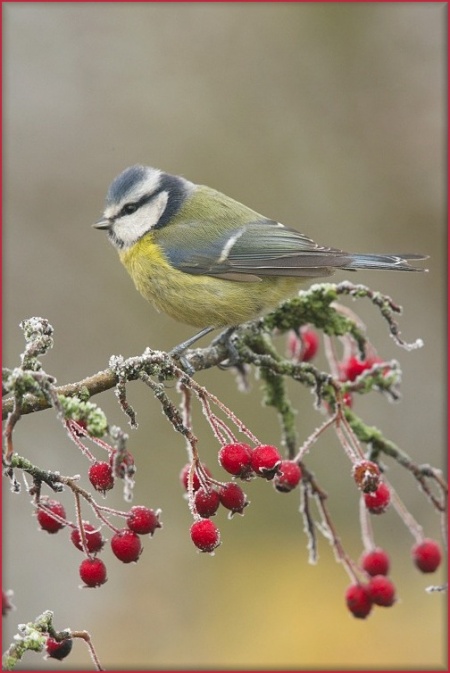 The commonest European tit, abundant and widespread across much of the Western Palearctic. Breeds in the British Isles, France, and Iberia east to Caspian reaching north to about 67 degrees north in Norway and 62 degrees north in Russia. Occurs along the whole of the northern coast of the Mediterranean and most of the major islands, over most of Turkey (except southeast), the southern Crimea and the Caucasus. Vagrant to Malta and on Mount Hermon in Israel.

Mainly resident but irruptive in parts of range and an altitudinal migrant in others.

Nominate subspecies caeruleus is a rare but regular winter visitor to Britain. 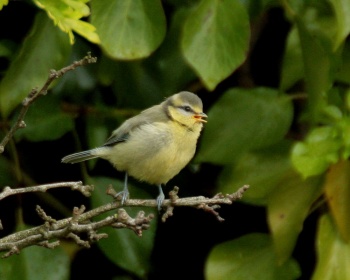 Birds breeding in the Canary Islands, across northwest Africa and in northeast Libya are now separated as African Blue Tit (Cyanistes teneriffae) 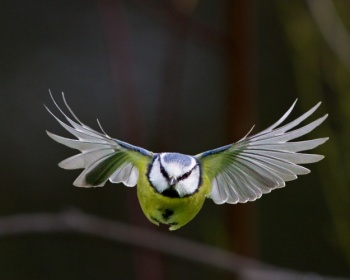 Mainly deciduous woodland, often in mixed woods but does not commonly feed in conifers. Also hedgerows, copses and very frequently in gardens and town parks. In winter occurs in reedbeds and areas of scrub, usually feeds high in trees and bushes and common visitor to garden birdtables.

Very acrobatic while it searches for seeds, insects, nuts etc. In winter forms large flocks with other tits.

Will nest in nestholes inside trees or nestboxes. The nest is built by the female alone, however, the male feeds the female while she is incubating the eggs. The clutch consists of 7-12 white eggs with brownish-red markings. Incubation takes 13-15 days, the young fledging after a further 18-21 days. Both adults care for the young.

Call: 2-3 Tsee notes followed by trill, which can be heard all year round.

Search for photos of Eurasian Blue Tit in the gallery