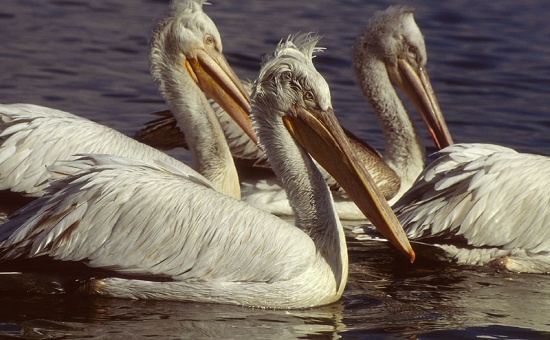 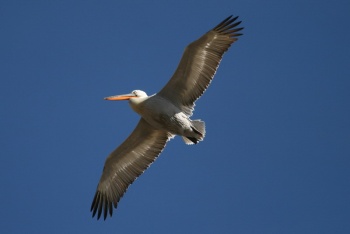 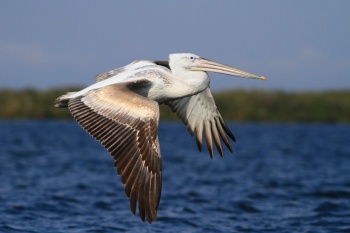 Breeds southern Europe and central Asia, in Albania, Bulgaria, Romania and Greece east through Turkey and Kazakhstan to Xinjiang in China; winters south to Iran and India. Formerly much more widespread, including northwest to the Somerset Levels in Somerset, England, where it became extinct probably during Roman or mediaeval times due to hunting and persecution by fishing interests.

It is a colonial breeder, nesting on mud islets or piles of vegetation in reedbeds. 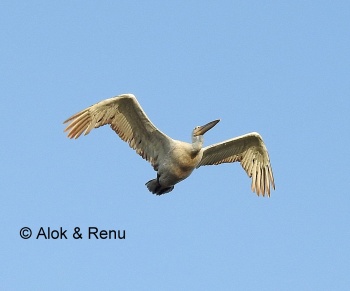 Search for photos of Dalmatian Pelican in the BirdForum Gallery

Search for videos of Dalmatian Pelican on BirdForum TV