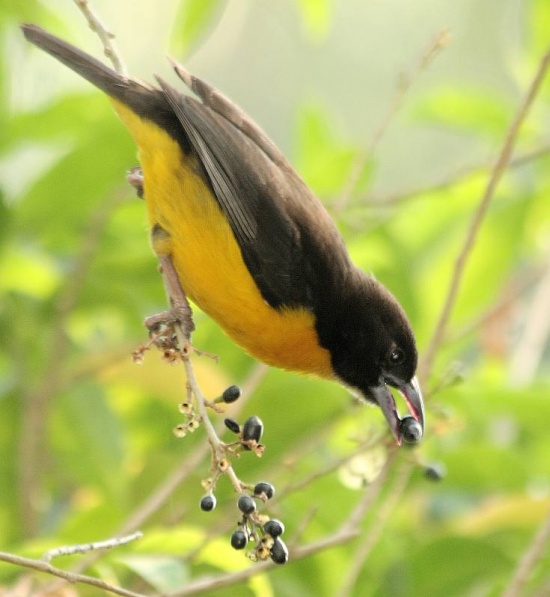 Length 13-16 cm, mass 28-57 g
Adult: Dark brown upper parts and golden-yellow under parts. The back is grey in some races. The eyes are dark brown and the legs brown.
Immature: Similar to the adult, but duller, with a grey chin and throat. 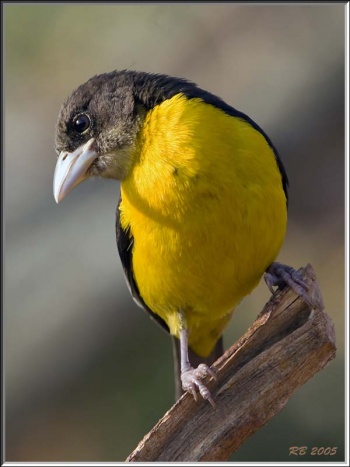 Sub-Saharan Africa: Cameroon to Angola in the west; DRC and Zambia in central Africa, and Uganda, Kenya and Somalia to eastern South Africa in the east.

Two additional subspecies lebomboensis and sclateri are not recognised by most authorities; with a further two, analogus and albigularis being regarded as invalid2.

Seen in pairs or family groups. Does not flock with other weavers, but does join multi-species flocks foraging for insects.

Monogamous and territorial. The nest is woven using vines and creepers, and has a long entrance tube; probably built mainly by the male. Two to four eggs are laid, and incubated for about 16 days. The young are fed by both parents, and remain in the nest for about 22 days. Snakes are known to raid nests.

Search for photos of Dark-backed Weaver in the gallery