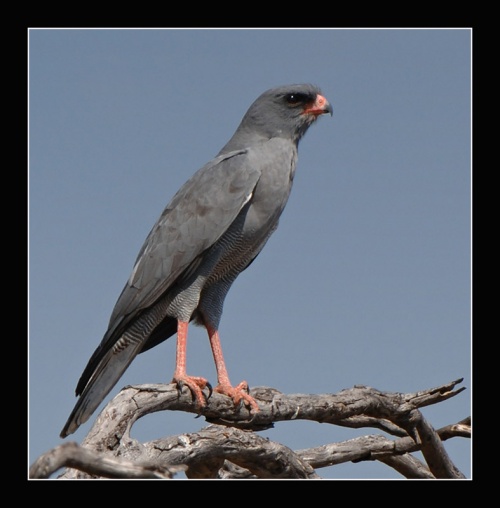 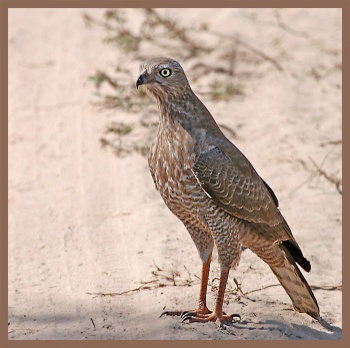 In flight, the wings are grey with black tips. The flight is stiff and mechanical. 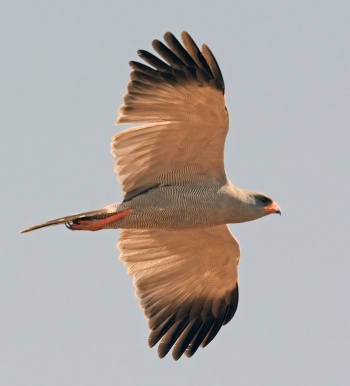 Mainly sub-Saharan Africa: breeds from Senegal and Gambia east to The Red Sea coasts of Sudan and Ethiopia and south to Angola, north-east Namibia, northern Botswana, Zimbabwe and southern Mozambique. Absent from the closed forest of Central Africa, from most of South Africa, with the exception of the Kruger park, and the arid south-west. Mainly resident with dispersive movements in some areas in accordance to rains.

Also occurs within the Western Palearctic in a small part of central Morocco. This very isolated population is low in numbers and confined to the Sous Valley. Occasionally reported elswhere in Morocco in the Haut and Moyen Atlas and in the extreme north of the country but rarely seen today even in its former stronghold of the Sous. Moroccan population is mainly sedentary with some dispersal after breeding. In addition breeds in coastal areas of the south-west of the Arabian Peninsula.

A vagrant was recorded in Israel in April 1979, presumably originating from the Arabian population; also possibly recorded in the Dhofar of southern Oman.

The long-accepted Spanish record from 1963 is now rejected.

It is estimated that there are now less than 10 pairs of the Moroccan population left in the Souss valley. In some remote argania's area it may be possible to encounter the bird in "Talouine".

Usually seen alone or in pairs. Perches for long periods on a high perch.

Their diet consists primarily of lizards and snakes although it will also take birds and small mammals.

Its nest is built from sticks, and is placed in a tree. The clutch consits of 1-2 eggs.

Search for photos of Dark Chanting Goshawk in the gallery