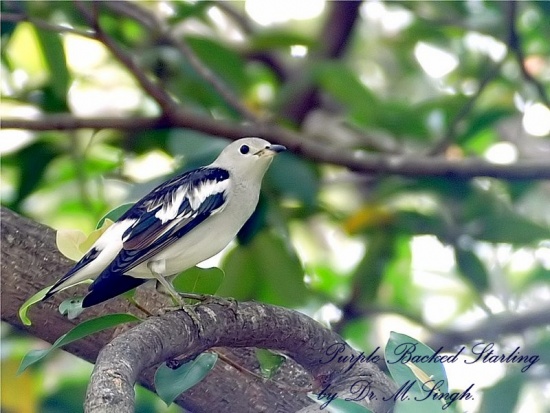 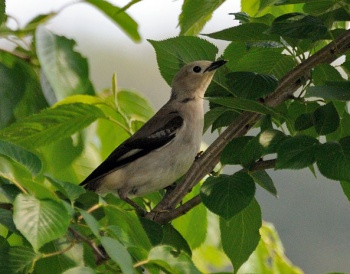 Juveniles are grey with a brownish back and without nape patch 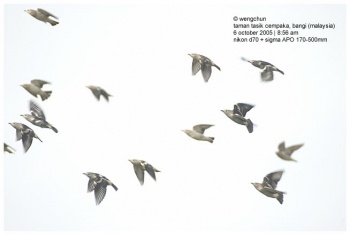 Breeds in eastern Mongolia, southeast Russia, northeast and central China and North Korea.
Winters in southeast Asia (southern Thailand, Malaysia) and Greater Sundas (Sumatra, Java).
Recorded on passage or as vagrant in many countries like Japan or Taiwan. One record in the United Kingdom has been classified in category D (unknown origin).
Fairly common in most of its range.

This is a monotypic species.
May form a superspecies with Chestnut-cheeked Starling.
It has been placed in the genus Sturnia and in Sturnus.

Breeding season from May to June. A solitary, monogamous nester. The nest is placed in a tree hole (including holes of White-backed Woodpeckers), in a hole in a wall or house or in a nestbox. Lays 5 -6 eggs.
Nest parasitism by White-cheeked Starling recorded.

Search for photos of Daurian Starling in the gallery