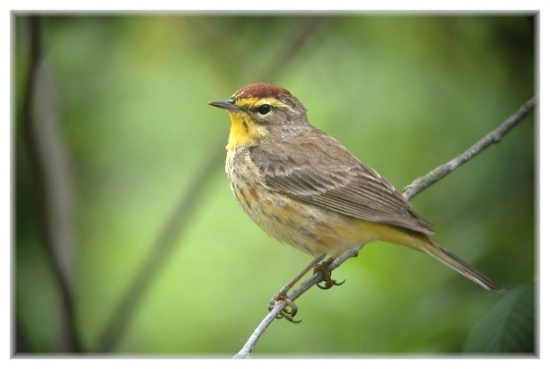 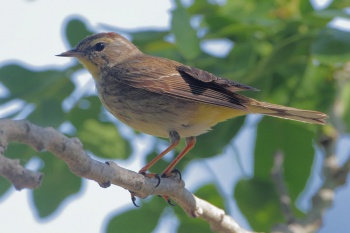 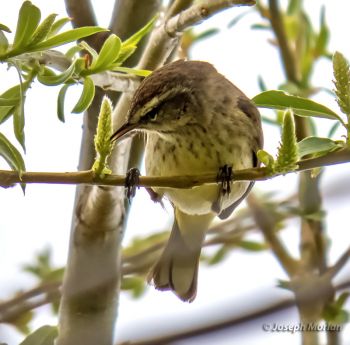 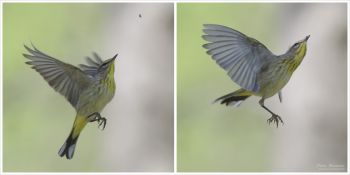 Their nests are open cups, which are usually situated on, or near, the ground.

The diet consists of insects, berries, seeds and nectar. The forage on or close to the ground.

It is known that the nominate subspecies has two song types; this may or may not apply to subspecies hypochrysea (current data isn't clear)
Song a rather dull, uneven, buzzy trill zzizzizzizzizzizzi slightly changing in pitch and volume but overall steady; rather weak and infrequently heard.
Call a sharp, husky chik; closest to Prairie Warbler but stronger and deeper

Search for photos of Palm Warbler in the gallery

Search for videos of Palm Warbler on BirdForum TV