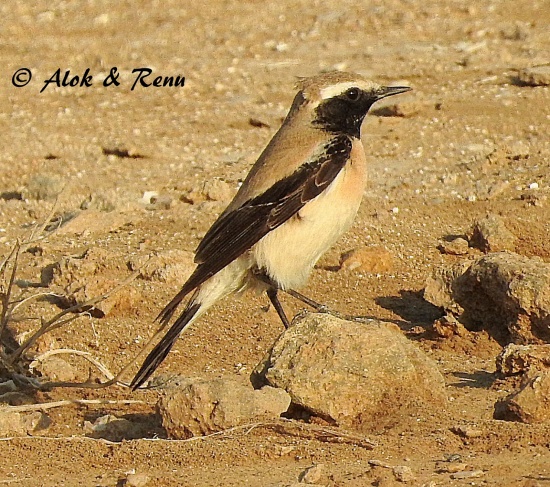 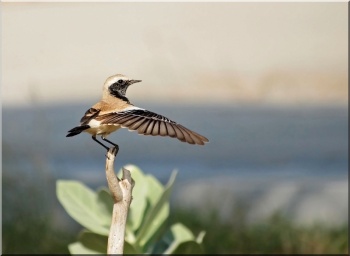 Breeds across North-West Africa from north Mauritania to central Tunisia, north-east Libya and Cyrenaica, in northern Egypt and Sinai. In the Middle East breeds in south Syria, north-west Iraq and north-east Jordan and in Israel and adjacent western Jordan, and also in northern Saudi Arabia. Recently discovered breeding in southern Turkey. Outside the Western Palearctic region breeds across Asia to northern China.

Partially or fully migratory, some populations resident. Northernmost birds tend to be more migratory and winter range extends from Sahara to the Horn of Africa, and from Arabia to north-west India.

British records (132 up to the end of 2012) are well scattered from Shetland to Scilly but the majority on the east and south coasts, recorded in most months but peaks in March-April and September-November; there have been several instances of birds overwintering. 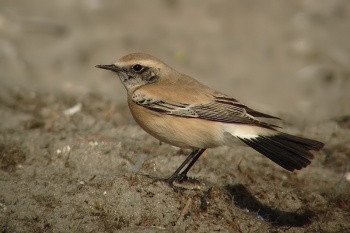 Four races are recognised but field separation is difficult[1]

Sandy or stony plains and steppes and semi-desert with scrub, often in areas of abandoned cultivation. In winter often coastal areas. Vagrants often occur around reservoirs.

Their main diet consists of invertebrates, including adult and larval beetles. They also occasionally take seeds

They nest in hole in ground or in rock crevice.

Search for photos of Desert Wheatear in the BirdForum Gallery

Search for videos of Desert Wheatear on BirdForum TV