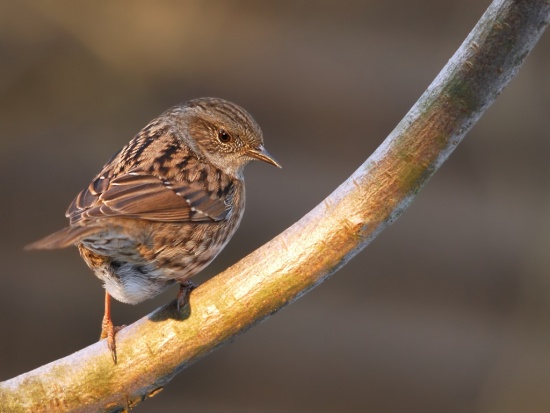 One of the things to look for is the fine, insect-eating bill which immediately separates it from a sparrow. (In the past the species was often called 'hedge sparrow'.) The grey neckband is also a good field mark, which immediately rules out any warbler (which its song might mistakenly suggest). It also lacks the pale supercilium which many warblers exhibit. 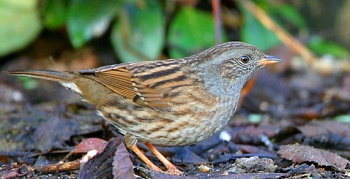 From the British Isles to central Europe and from the Balkans to the Caucasus birds are mainly resident or undergo only short-distance dispersal. Further east and north populations are more strongly migratory and the winter range extends from southern Spain to Turkey and the Middle East and on many Mediterranean islands. Scarce or rare winter visitor to parts of North Africa.

Vagrants recorded north to Svalbard, Bear Island, Iceland and the Faroes, and in the south as far as the Canary Islands, Mauritania, Algeria, Libya and Kuwait.

Seen in the UK all year. Found in North and Eastern Europe only in summer. 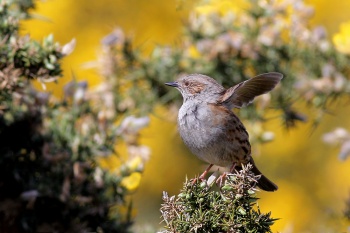 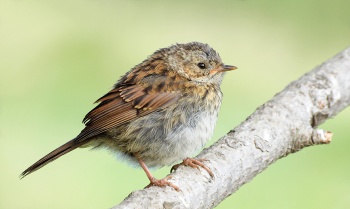 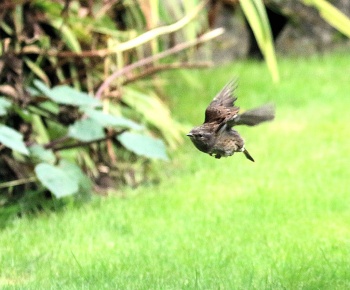 Found in woodland and scrub, city parks and gardens, in hedgerows and copses on farmland. In mountains and the north occurs in pine, larch and spruce forests, and in willow, birch and alder scrub.

Resident; migratory in north. Rather shy and retiring in summer.
It is a rather unobtrusive bird, sometimes hopping around flowerbeds or at the base of bushes but it is not particularly shy and you quite often see it on patios or roadsides.

Nests in thick bush or low down in conifer. The nest is a small grassy cup, lined with hair, moss, feathers, and wool. There may be 2 or 3 broods. This species is known to have a polyandrous breeding system in which males outnumber females, and females mate with multiple males leading to sperm competition. [3]

Forages on the ground, often close to cover, picks up seeds and small insects.

Search for photos of Dunnock in the gallery

Search the Gallery for videos of Dunnock

Search for photos of Dunnock in the gallery