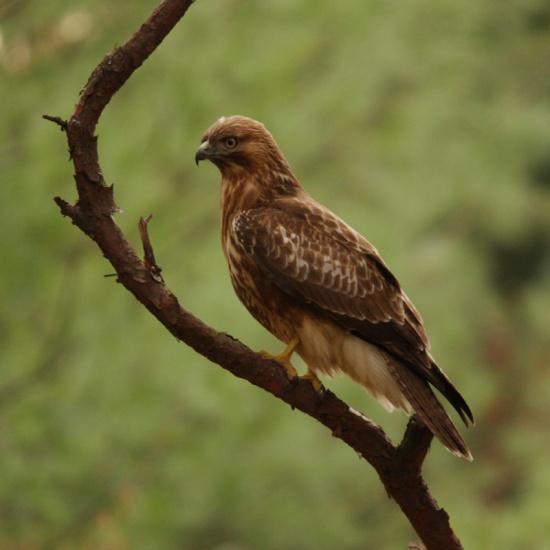 42–54 cm (16½-21¼ in)
Compact with broad wings; usually dark brown above and pale below with small bill and feet. Adults typically have head paler than upperparts; underparts off-white with dark brown patches on sides and lower chest contrasting with pale belly. Sexes similar but females average larger.
Juvenile is more heavily streaked below. 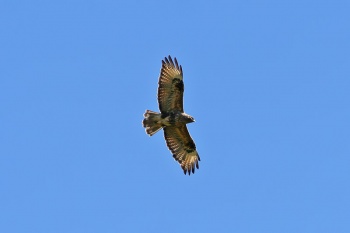 Breeds in southeastern Siberia, northern Mongolia, northeast China and Japan.
In winter in Japan, Korea and south to southeast Asia and the Indian Subcontinent. 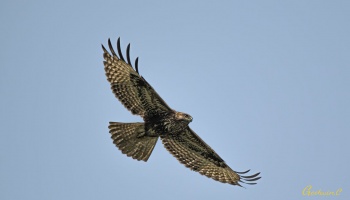 Variable, but usually a mix of treed and open terrain from sea-level to at least 1300 m elevation.

Poorly studied. Breeds on Honshu in April–July, the nest is a large twig platform built 6–20+ meters off the ground in pines (Pinus spp.) or other large trees. Clutch is 2-4 eggs.

Poorly known. A variety of animal prey reported, including mammals up to size of hares (Lepus) and birds as large as pigeons.

Main call is a descending two-note scream or cry that may be harsh or rather plaintive, usually given in aerial display.

Search for photos of Eastern Buzzard in the gallery