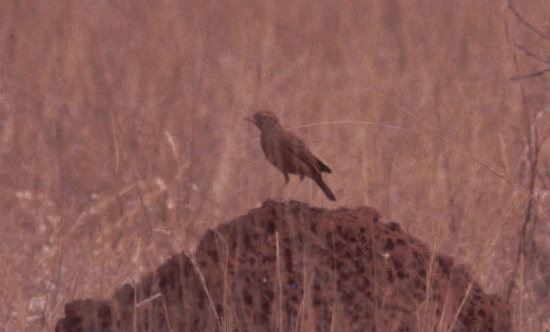 This Lark has a stocky build and a short, stout bill; plumage coloration is varies geographically, upper parts can be predominantly rufous-tawny, sandy-rufous, ash-grey, or grey-brown.
It is most easily identified by its distinctive display flight - it climbs steeply while clapping its wings, whistles a long, clear phooee at the top of the climb, and then parachutes to the ground. 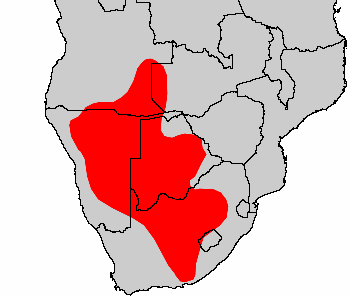 Generally singly or in pairs. Difficult to flush, preferring to run from intruders.

Forages on the ground, mainly for insects, but also for seeds.

Territorial and probably monogamous. The nest is a domed or partly domed structure built of grass on the ground. Two to three eggs are laid September to March. The chick leaves the nest after about 11 days, before it is able to fly.

Search for photos of Eastern Clapper Lark in the BirdForum Gallery