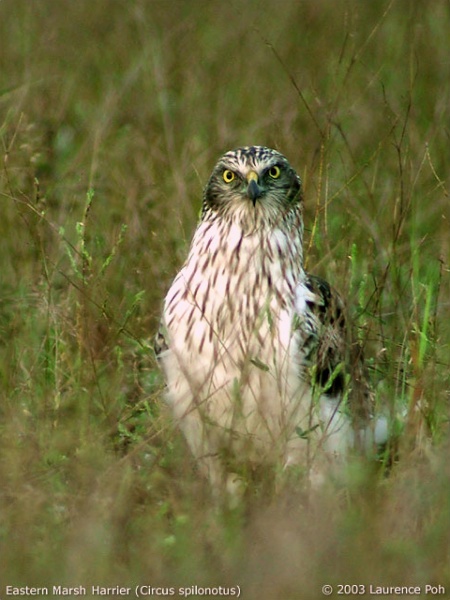 It is 48 to 58 cm long with a wingspan of 113 to 137 cm. Like most birds of prey, the female is usually larger than the male.
The male's plumage is variable; typically the head, breast, back and wing-coverts are blackish with pale streaks. The rest of the wing is grey with black wingtips and a white front edge. The tail is grey, the rump is white and the underparts are mostly white.

The female is dark brown with buff streaking on the head and underparts. The rump is often whitish and the tail has dark bars.

Young birds are dark brown with buff on the head and a pale patch on the underwing. 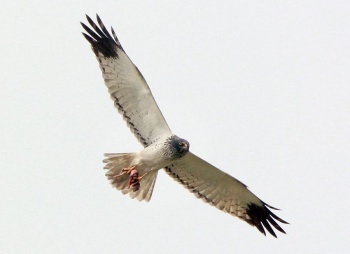 Eastern Asia. Breeds in eastern Siberia to the Pacific coast and Sakhalin, in north-east India, throughout China and in Hokkaido and Honshu in Japan. Also breeds in the Philippines, and Indonesia. Resident in southern China but a summer visitor to north of breeding range wintering from southern China, Taiwan and Hainan south to Indonesia. 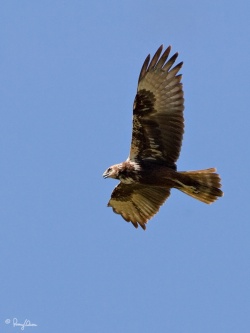 While hunting it flies low over the ground with the wings held in a shallow V-shape.

The breeding season begins in April. The nest is made of sticks and built on the ground, usually in a reedbed. Four to seven eggs are laid which are incubated for 33 to 48 days. The young birds fledge after 35 to 40 days.

Search for photos of Eastern Marsh Harrier in the gallery