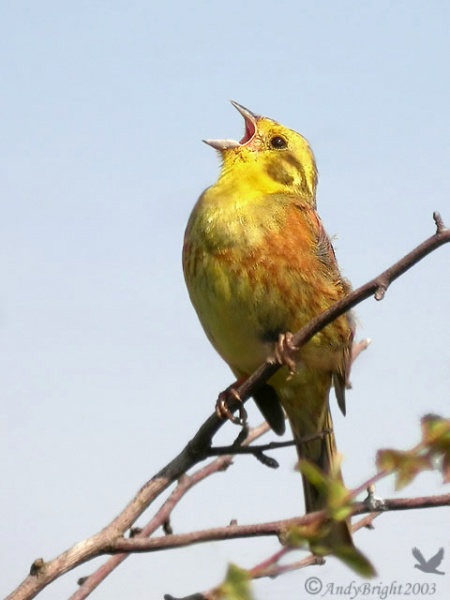 Summer Male: Unmistakable, having almost entirely yellow head with just a few dark markings on crown- and head-sides. Saturated yellow below, with much olive-green and red-brown on breast and with flanks streaked red-brown 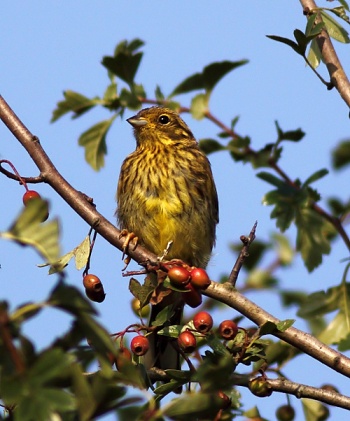 Autumn: often told by intimation of deep yellow on head and underparts, and by olive-green and red-brown colour on breast, rather like summer.

1st-winter often has almost wholly brown and streaked head and buff-white underparts with only faint yellow tinge; note: yellow on underparts can be hard to spot in field. 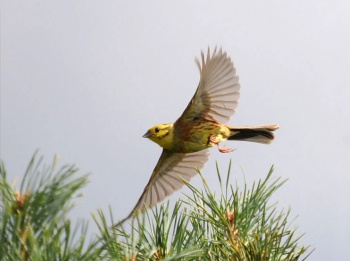 Breeds commonly in farmland, in bushy areas, woodland edge and wooded pasture, in glades and clearings, on heaths and coastal meadows.

The diet includes insects when feeding young, and otherwise seeds.

The cup shaped nest, built by the female, from grass and moss, and lined with hair and grass. It is usually on the ground amidst hedgerows, grasses, or shrubs. The 3-6 smooth, glossy and white with few purplish markings eggs are incubated by the female. Both parents feed the young.