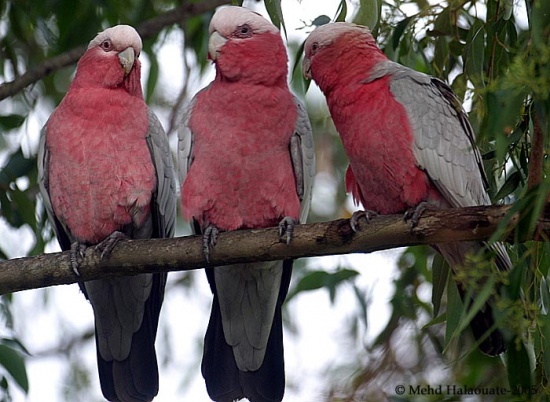 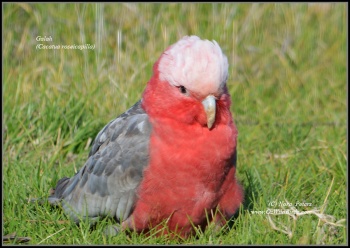 35–36 cm (13¾-14¼ in)
An unmistakable cockatoo with a rose pink head, breast and underparts, and a grey back, wings and tail. The short crest is white to pink depending on subspecies.
The sexes are similar, however can be distinguished on eye colour, or eye colour and eye ring (depending on the subspecies). Females have a red iris/red iris and red eye ring, while males have a grey eye ring and dark brown iris.

The species is widespread over Australia, to which it is endemic. It is absent only from the most arid zones of the continent, and the far north of Cape York. Their distribution appears to have greatly expanded since European settlement, as it has benefited from the planting of crops and the provision of stock watering points in dry areas.

It has historically been placed in genus Cacatua. 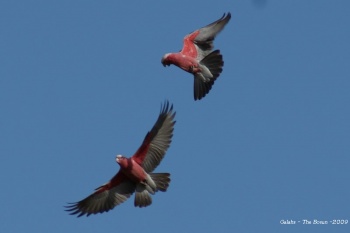 They usually forage on the ground, eating seeds and rhizomes of pasture grasses and herbs. Also cereal grains, sunflower and sorghum seed. When nesting they prefer green seeding Erodium. Occasionally forage in trees.

Monogamous with pairs remaining together year-round. They nest in tree cavities, laying clutches of 2-8 white eggs. Large clutches may be the result of two females laying in the same nest. Both parents incubate the eggs and raise the chicks.

A distinctive high pitched call described as “chill chill” is given in flight.

Search for photos of Galah in the gallery